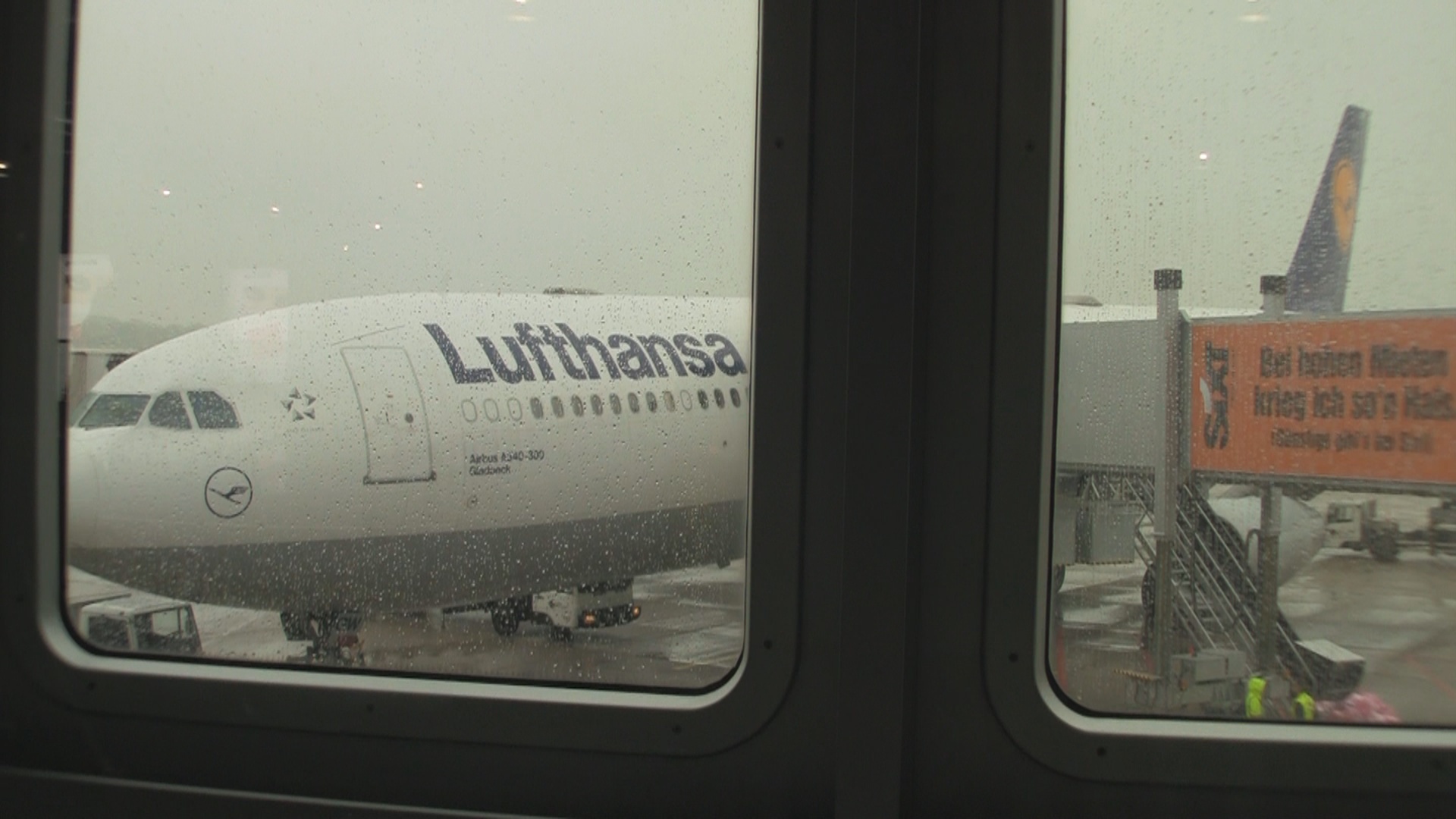 Seat(s): With a full row and the guy next to me being a thick-armed lacrosse team strongman with a head cold, I really appreciated the extra half inch (or so) of seat width here in seat 25D aboard a Lufthansa A340-300. The above average roominess is courtesy Airbus who’s cabins are wide enough to accomodate slightly more hip room per-seat. As you might expect, seat dimensions still vary by airline.

25D has plenty of room for you to angle around the bulkhead row in front of you that has one fewer seat. The alignment of the two rows keeps your right side as oppressively squished as anyone in economy while your left side is as free as Julie Andrews looks twirling on Swiss hilltops.

The seat is least bearable when it’s time to relax and enjoy a movie or (god forbid) play a game. So let’s move onto…

Tech/Connectivity/Entertainment: Personal TV’s are just okay. There’s an average selection of movies, tiny selection of TV programs and a few games to play but if it’s not awkward enough sitting next to a  stranger that you’d rather not chat with, leaning over them to push change channels will be. See, Your TV is in a seatback aligned perfectly in between the seat in front of both you and your neighbor, so your elbows will be pushing into their space every time you want to operate the touch screen. Awkward.

What almost makes up for it is that Lufthansa outfitted these planes for wi-fi years before it even became a thing. The option to get online aboard a long trans-Atlantic flight is more common now but this was a first  for us. Firing up the web can be liberating so long as you don’t check your work e-mail. The connection may be limited (bad at streaming video or other high bandwidth content) but you can tweet quite a bit over 8 hours.

Food: Blechhh. We’ve enjoyed Lufthansa Business Class food but man, the step down to economy is a steep cliff. Our beef dish was just a mush of peas, carrots and what tasted like meat from a can. Our pre-arrival meal was just as unappetizing, a cardboard flavored Pizza very similar to the ones we’ve seen on Delta.

Service: I hear mixed reviews of Lufthansa service from viewers but on this flight it, along with the wi-fi, were what saved it from a dreaded “1 hop” rating. Flight attendants were cordial and attentive to my desire for more coffee than a normal person should want.

How we got em’: The aisle seats in this middle section of seats in row 25 (Seat 25D and seat 25G) didn’t require elite status and were available for selection with a normal discounted economy fare. 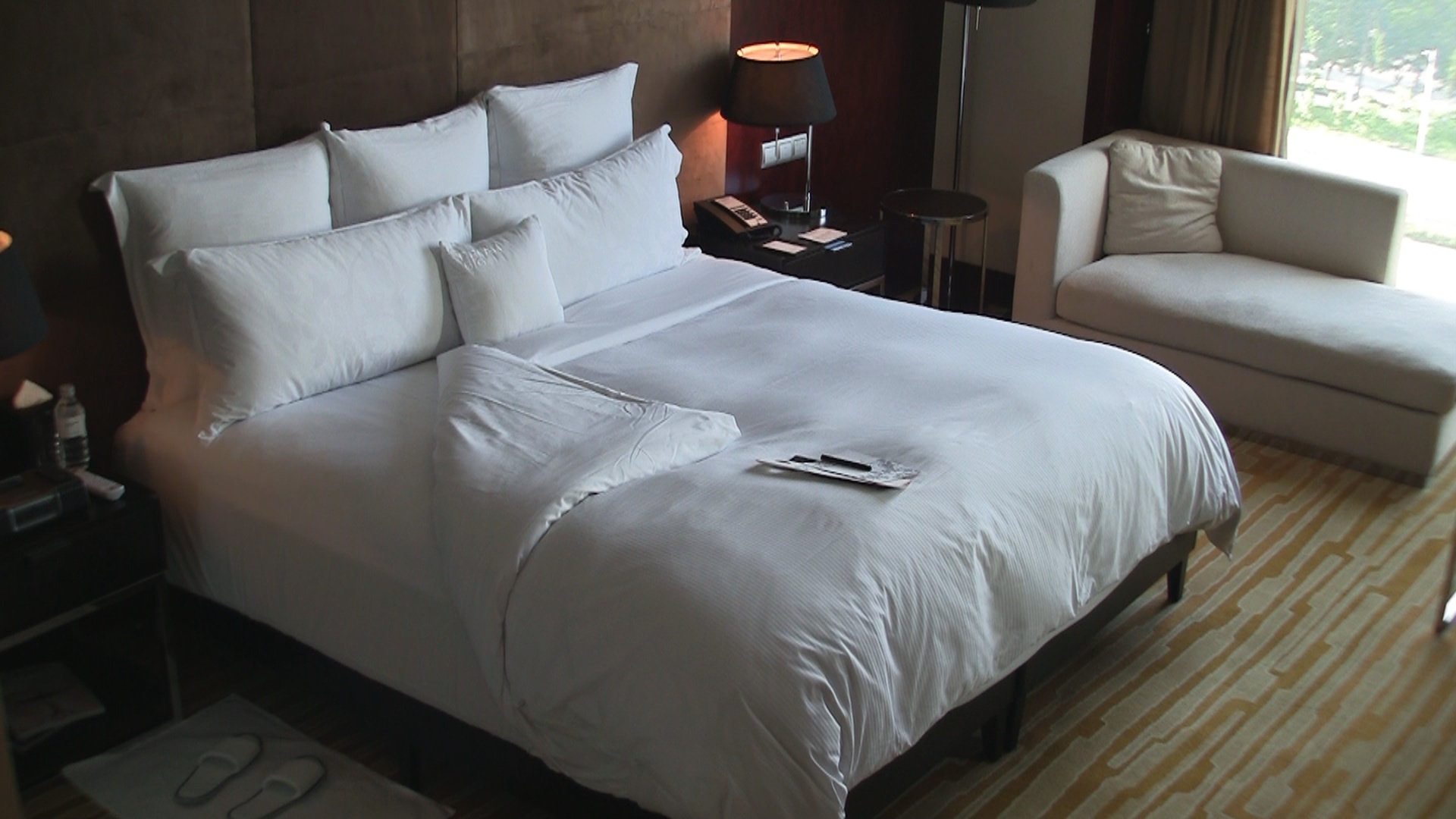