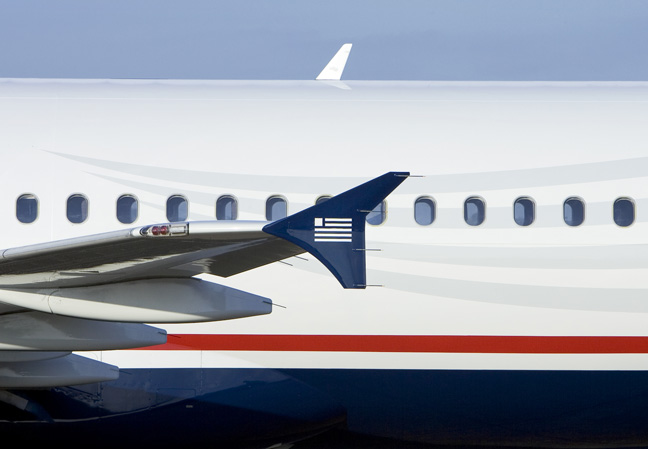 US Airways Media Day yielded little in the way of big announcements other than the introduction of in-flight wi-fi to remaining A320 aircraft and new routes from Washington DC. Not that those aren’t big deals, but you could feel the press salivating over any nugget of information that might suggest a merger with the presently bankrupt American Airlines…After a day of corporate presentations and a bunch of numbers and metrics being thrown around, I got to sit down with Andrew Nocella, SVP Marketing / Planning  and Hector Adler, VP In-flight Services to talk about some of the things that affect your travel. We talk about the “Choice Seats” program (premium coach seating for a charge), in-flight dining and what each of them would add as a service or amenity if cost weren’t an issue…

Jake Redman: The Choice Seats issue came up in the Q&A (earlier in the day).  Are you at all worried that Choice Seats may eventually force lower level elites to take more of a “why bother” approach to loyalty?  Is that something that concerns the airline at all, in that “if I can just buy my way into zone one, why would I bother sticking with one airline”?

Andrew Nocella: There’s so many benefits to being a loyal member to an airline program like Dividend Miles, and the more you fly, the better those benefits get, so this is just one very small component.  Upgrades to first class and free travel are the two biggest components, and I think that those are still going to be the primary use of our programs for many years to come, and the Choice Seats program is relatively small.

It’s only currently seven percent of our seats.  We’ve still dedicated another seven or eight percent of our seats solely for our Dividend Miles members and also the better seats onboard the aircraft, too, so we are trying to make sure that we are providing a great product to all different groups.

Jake Redman: So you believe there’s enough value in that Silver or that lower level elite membership that keeps people interested in achieving status?

Andrew Nocella: Once you get to Silver, you do get free luggage, and that is just a gigantic benefit that really does motivate a big chunk of members to really work hard to get to that level of membership.

Hector Adler: I would say that the reaction from the flight attendants has been absolutely outstanding.  They really wanted to be able to offer a product that they can be proud of.  Customer reaction has been excellent, and generally I find that flight attendant behavior mimics the response that they get from the customer, and it’s been so positive that they’re doing a great job.  They’ve embraced it completely and they’re doing it consistently, so I’m very pleased.

Jake Redman: How are customers finding it so far?

Andrew Nocella: So far, so good.  I get onto social media sites to see what people are saying and thinking, and I just think it’s been an absolute, home run.  As I said earlier, our upgrades are such an important part of the loyalty program, and now to offer dual class flights on 61 percent of our flights, total, has just been an important benefit.  The seats are comfortable, you get onboard first – it’s a really good first class experience.

The other important component of that is making it a seamless experience with our mainline flights.  We didn’t want people to think they were getting something less of a product when they transitioned to US Airways to US Airways Express, and I think we’ve really minimized  that concern by putting first class onboard those jets.

Jake Redman: Right.  And I see now you’re adding Wi-Fi on some of these regionals, too.

Jake Redman: Again, back to the Choice Plus. With other major U.S. carriers adding legroom-friendly seats in economy, the extra legroom in coach, is there any thought or research that might end up with US Airways doing something similar?

Andrew Nocella: Something we look at all the time, and we want to make sure we’re providing the products and services that our passengers want and demand, the Express First onboard on regional aircraft, that’s a good example of that.  We stepped up to that and we think that’s a revenue-positive environment.  In terms of more room for existing coach seats, that’s something we look at all the time.

So far we haven’t concluded it’s the right decision for US Airways, but those are one of the things you reevaluate every six months and you see where you’re at.  Right now, I’m very comfortable with the choice we’ve made, and we will reserve the right to change our minds as conditions in the marketplace change.  We’ll see what happens.

Andrew Nocella: It’s interesting you bring that up.  We just trained a bunch of our employees in our Res department to now actually monitor Twitter and Facebook and actively respond to customers, so it’s a brand new initiative.  It’s only just beginning, literally, next week, to be more active.  The world of Facebook and Twitter, gosh, it’s just so exciting.

Who knows where it’s going to go a year from now or five years from now, and I do feel like we’re a bit behind so we’re working to try and catch up.  But I’d say it’s a very fluid environment and it really is exciting as to what we’ll be able to do in the future with it… So we’ll see where it goes.

Jake Redman: Hector, You were a big hit with all your food information today.  I noticed the Twittersphere was alive with how the information how ice cream tastes the same (in the air)*. Can you go over it one more time, why beef and chicken are such popular choices?

Hector Adler: Generally, when you think about when you go out to a restaurant, and you have a menu that has many options, we don’t have that luxury on the airline, because of the space and the cost.  So therefore, when you have three or four choices to offer, if you really deviate from the mainstream, it’s going to be very difficult.  I know someone asked the question (at earlier Q & A session that day), “Did you ever do something that was a complete mistake?” and I didn’t answer that question.

The fact of the matter is that I recall vividly, it was in my days when my headquarters was in Dallas and we had a celebrity chef who recommended sweetbreads because it was high-end and we were trying to be high-end, and that was a disaster.

Hector Adler: Well, It’s just not something that people recognize.  And then, also, about 15 years ago, I recall introducing pumpkin ravioli, way ahead.  I had gone to a restaurant in New York City, on Union Square, and we had pumpkin ravioli, and I thought, “This is delicious. This is great.  On the next menu cycle we’re going to introduce pumpkin ravioli.”

Oh my goodness.  That’s where I learned that US Airways, we’re very proud of having a signature dish which is a good, U.S. steak, and the things that normally go with steak.  So we try to stay current, in other words, make the recipes modern and exciting, but we try to stay within a framework of things that are recognizable, that I can get the same quality everywhere – because when you’re trying to buy food in different locations, you also have to be mindful of that.

Jake Redman: Do you work with an executive chef now?

Hector Adler: We do not have an executive chef.  I work with the chefs at my catering units, and I have, in the past, worked with so-called celebrity chefs.  But what I’ve found is you don’t always get value for money when you do that, because their recipes don’t translate into the airplane environment, or into an industrial kitchen environment, where the food is often prepared ten hours before a flight.

Under health regulations, it has to be blast-chilled immediately after cooking, to lower the temperature, and then it has to be kept at 62 degrees before it’s boarded on an airplane, and then you have the airplane, where you normally use convection ovens, which just basically blow hot air into the food.  So it’s a very challenging environment that, when you try to introduce really sophisticated menus, or very complex preparations, they don’t really work.

Jake Redman: So would you say that using something like an executive chef is a gimmick or is it just something that they have to take their talents and use within the parameters of air travel?

Hector Adler: I think that their art – because I would call them artists – has to be really translated into whats workable in the airplane environment.

Jake Redman: This is my “fun” question.  If cost weren’t an issue…  What’s one thing that you would either bring back or introduce as a service or an amenity to the passenger?

Andrew Nocella: That’s a good question.  Off the top of my head, we work really hard to design the menus and the movies and everything to go around it.  We always work with the significant cost constraints ….  But I’d like to see us offer more of everything to the extent we could, but we just can’t.  I don’t know.  (To Hector:) What do you think?

Hector Adler: From my perspective, as I’m looking at this in over 30 years in the in-flight end of the business, I think that in-flight entertainment today has become far more important than food service.  Food service is almost secondary, so if I had all the money in the world, I would love to have an entertainment system that would allow for huge variety of programs, because people equate those little television sets with their TV at home, and they think, “Well, at home I can get 200 channels.  Why can’t I get 200 channels here?”  Then, just because I love wine, I would focus on having some really nice wines.  So I could sit back, watch a great movie and have a nice glass of wine. 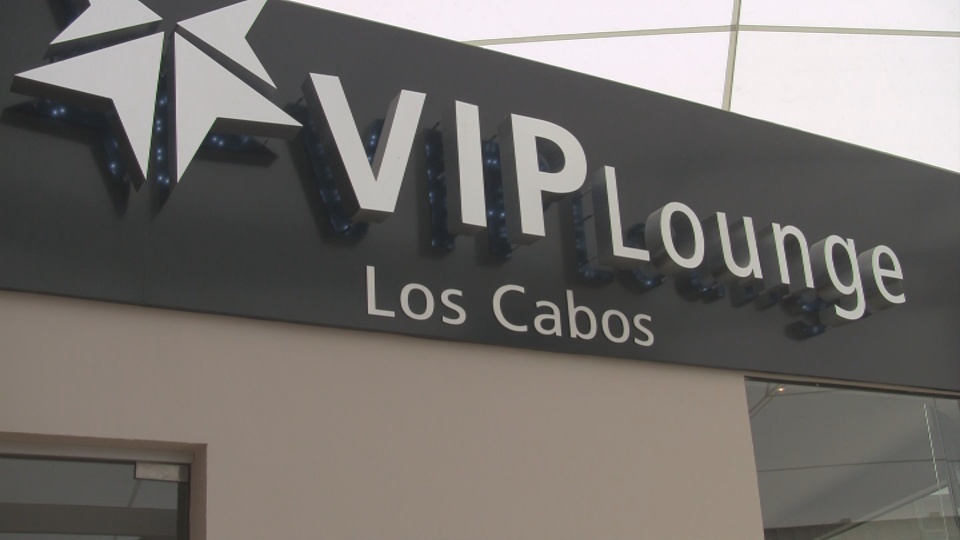