Lisbon’s ANA Lounge is on the short end of outstanding. 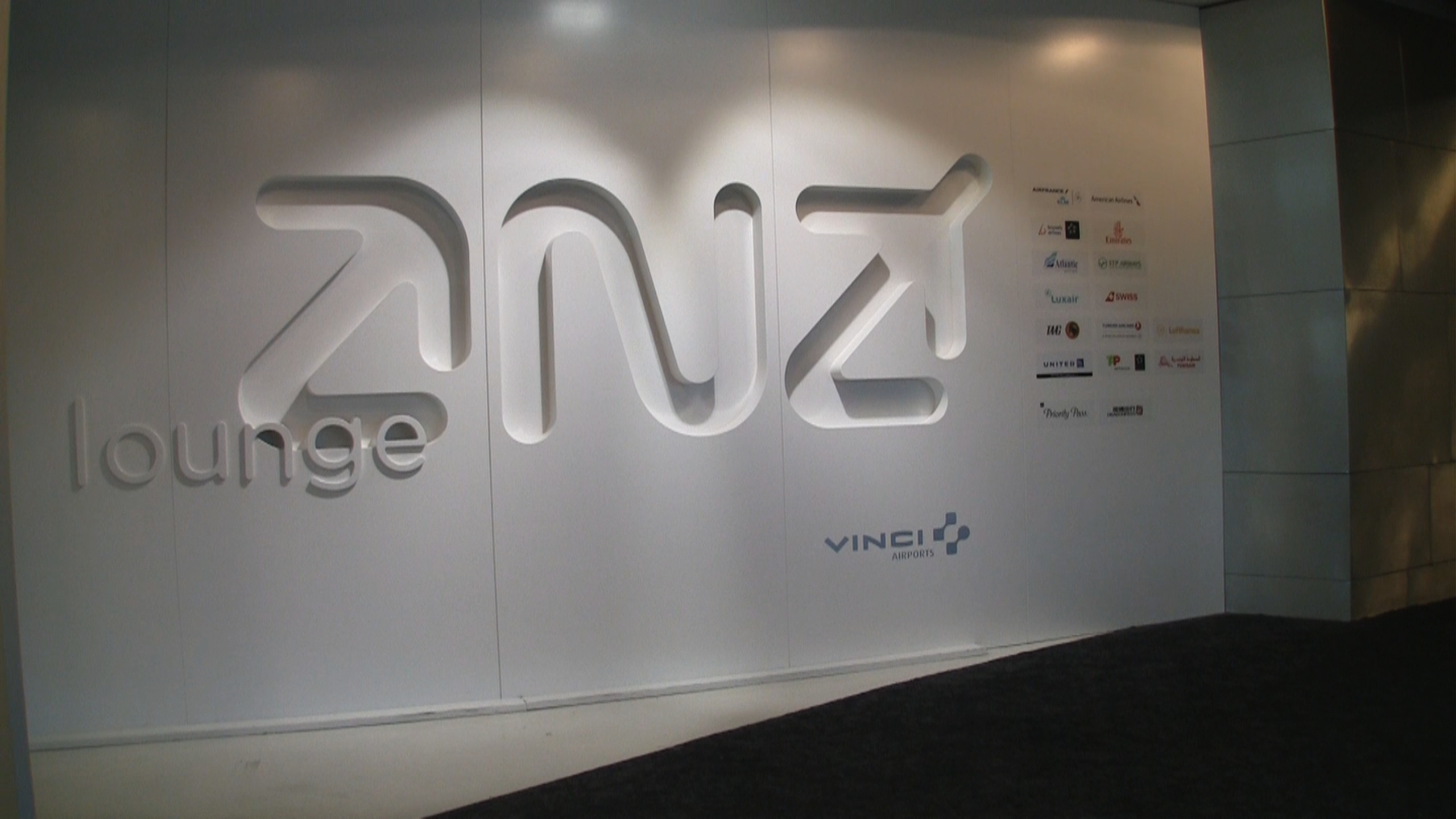 There are a lot of seats in this Lisbon Airport lounge but few that give you much space. The blocky couches near the entrance give the area a mod dentist waiting room vibe and serve as an uncomfortable spot to wait for something better to open up. Even beyond that, long rows of swivel chairs placed way too close together aren’t an ideal escape from the main terminal.

Where you will find some room to move are seats near the large window inside this decent sized Lisbon airport lounge. Here you’ll find the same swivel loungers but spaced far enough apart that you’ll have room to move. Top it off with great views provided by the large windows and you’ve got the makings of a better lounge experience. 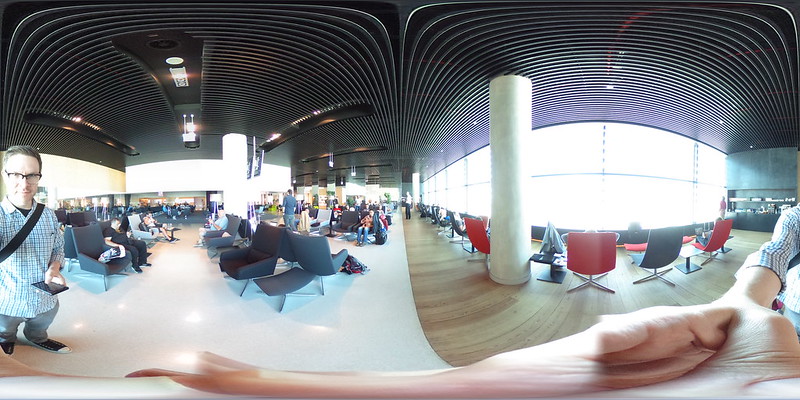 It’s not impossible to fill-up inside the ANA lounge, but it’s small fare so you’ll have to double up on tiny sandwiches to get there. Despite the minimal selection, what WAS offered was tasty. Served with a fairly standard selection of drinks and snacks the overall food presentation met our minimum standard for a lounge when flying internationally…but barely.

I was thankful for the free wi-fi inside this Lisbon airport lounge as I had some web catch-up to do. My inbound TAP-Portugal flight was internet-free so it was time to overload on ‘grams and tweets. Charging my many devices was also a priority before my next flight so finding outlets was a priority. It didn’t take much to find one, power is easy to find near most seats.

On the Level service.

Smiles weren’t forced at the front desk, instead agents seemed genuinely cheerful. The guy who checked me in appeared felt guilty about having to charge 15 euros for a towel and cheap amenities to shower with, suggesting I use my own. Unfortunately for me, towels and soap don’t make the cut when packing.

Service inside the lounge was equally sincere. The crew were courteous and helpful without overdoing it.

The Whole Thing is a Shower.

Shower rooms are on the small side. A small bench in a space separated from the shower is provided for you to set your stuff. This area is only separated from the actual shower by a small lip in the floor that seems to serve no purpose. By the time your shower is done, there’s water everywhere (and you’re certainly not going to use a 15 euro rental towel as a bathmat!).

How we got in:

Arriving (and later departing) in TAP Portugal executive class got us into this Lisbon Airport lounge but it’s not the only way in. You can book in advance on a pay-per-visit basis, fly in qualifying classes on other partner airlines or access using Priority Pass or another participating program.

Thanks for watching and reading our reviews of the ANA Lounge at Lisbon airport. See more like it in our lounge reviews section. 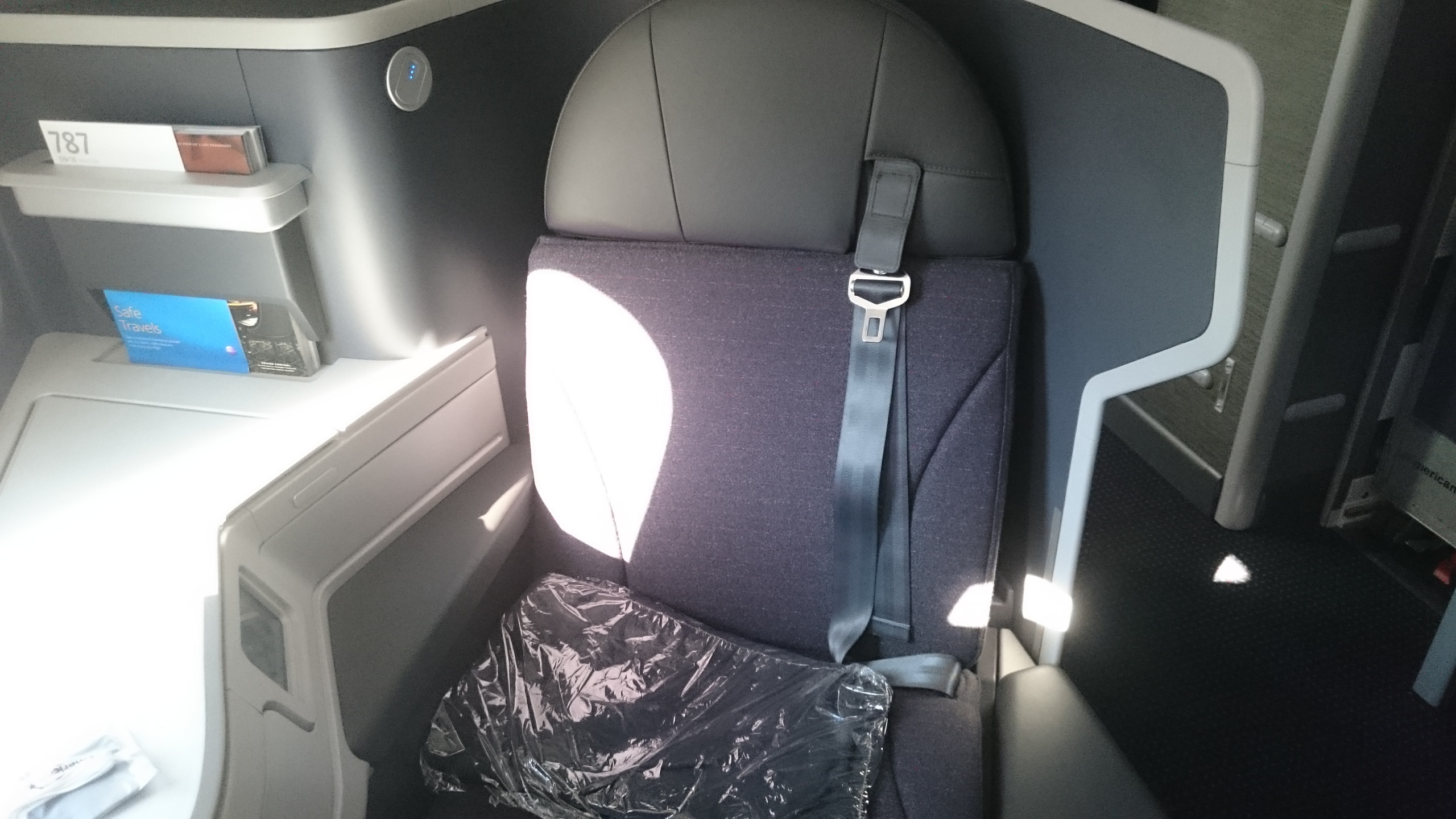 Over the weekend, I hopped an early flight aboard American Airline’s new 787-9 Dreamliner in Business Class. This extended version of the Dreamliner is hopping between Los Angeles and Dallas […]