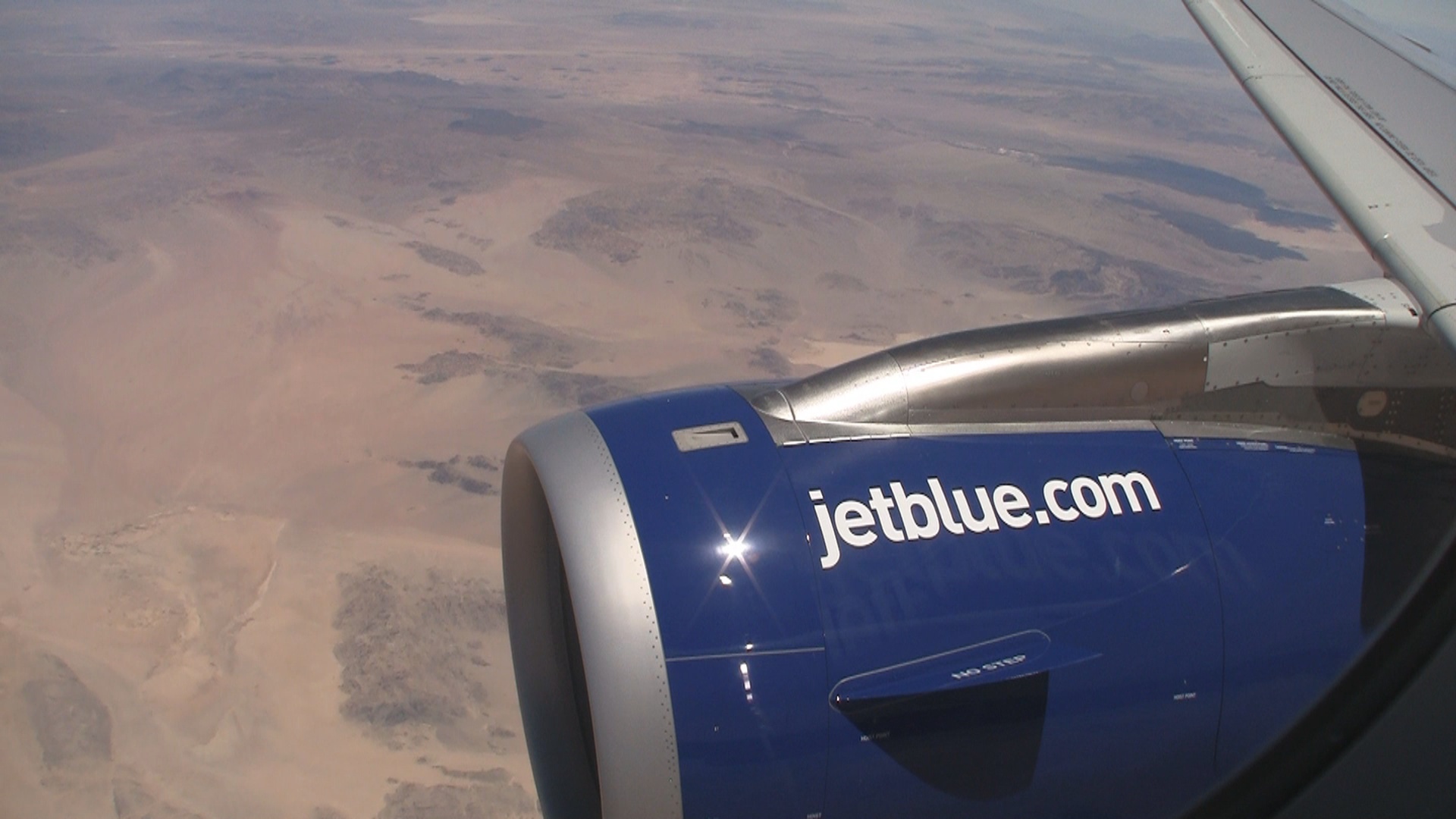 Seat(s): This “Even More Space” seat aboard a JetBlue A321 exemplifies truth in advertising. Exit row seat 6F comes with even MORE,”Even More Space” than others in it’s class with nothing obstructing your legs until the bulkhead wall way on the other side of a large exit door. It’s not the best seat on this airplane, but arguably the best in economy.

Looking at these nicely leathered slimline seats you might think you’re being cheated out of some width and that’s only a little true here. You give up a few centimeters because of the armrest-housed tray table and personal TV. Because this is a newer Airbus though, you started with some extra room to begin with so you’re still above average.

What stinks about this seat? The crowd that the nearby snack station and restroom attracts. You’re not as bad off as the aisle passengers in this row, but on a packed flight, it can get a little croweded up here.

Tech/Connectivity/Entertainment: When JetBlue marched into the US domestic market as the pioneer of new world in-flight entertainment in the early 00’s no one expected touch screen anything so we were fine with armrest controlled, seatback mounted mini-TVs. Nowadays we thumb, slide and tap just about everything with a screen so it was surprising JetBlue stuck with just the armrest remote. When you feel someone agrily trying to touch-navigate the screen that’s mounted behind your head, just turn around and politely let them know that it’s not a touch-screen and that they can channel flip without giving you a concussion.

Once you’ve got navigating the system down there’s a good amount of fun stuff to choose from. If you’re buying a movie, they’re still unfortunately on loop, but JetBlue has upped the number of free, live DirecTV channels you can flip through on these planes to 100. You’ve also got over 100 live SiriusXM Radio (a personal favorite).

Up in JetBlue Mint Class they’re plugging in both their tablet AND phone with 2 power ports at each seat. Here and in the rest of economy, each seat is stuck with just 1…awww. You’ll have to alternate or hog your neighbor’s port if you want to multi-charge.

Wi-fi? Yes! Finally JetBlue joins the wi-fi crowd with good speeds when it’s working. The service was spotty on our flight but just 3 days into the working life of this plane hiccups were expected.

Food:  Food in economy isn’t the “wow” part of the airline’s transcon service. How it’s offered might be though. Premium snack and meal options like the turkey croissant sandwich I enjoyed on are sold in the traditional front to back, credit card only fashion. But what if you just want a bag of free Terra Blue chips or animal crackers? Help yourself. The self-serve snack station offers up a generous selection of complimentary munchies and soda. Best of all, here in row 6 you can easily hop up as soon as the crew unlocks it after takeoff.

Service: Outstanding. Admittedly, the crew were all visibly excited about their brand new workspace and it’s new bells and whistles so time will paint an accurate picture of service levels on the upgraded JetBlue transcon experience. Aside from the occasional flight attendant having a bad day, JetBlue has provided us farily consistent, good service.

How we got em’:  We booked the very day seats aboard this new plane became available just to try it out. Prices were average for economy and moving up to this “Even More Space” seat set us back another $80. In our opinion, a worthy upgrade if you’re not going to push the button to move up to the ultra-chic Mint class cabin. If you’re an elite JetBlue Mosaic member, you can trade True Blue points for the upgrade. 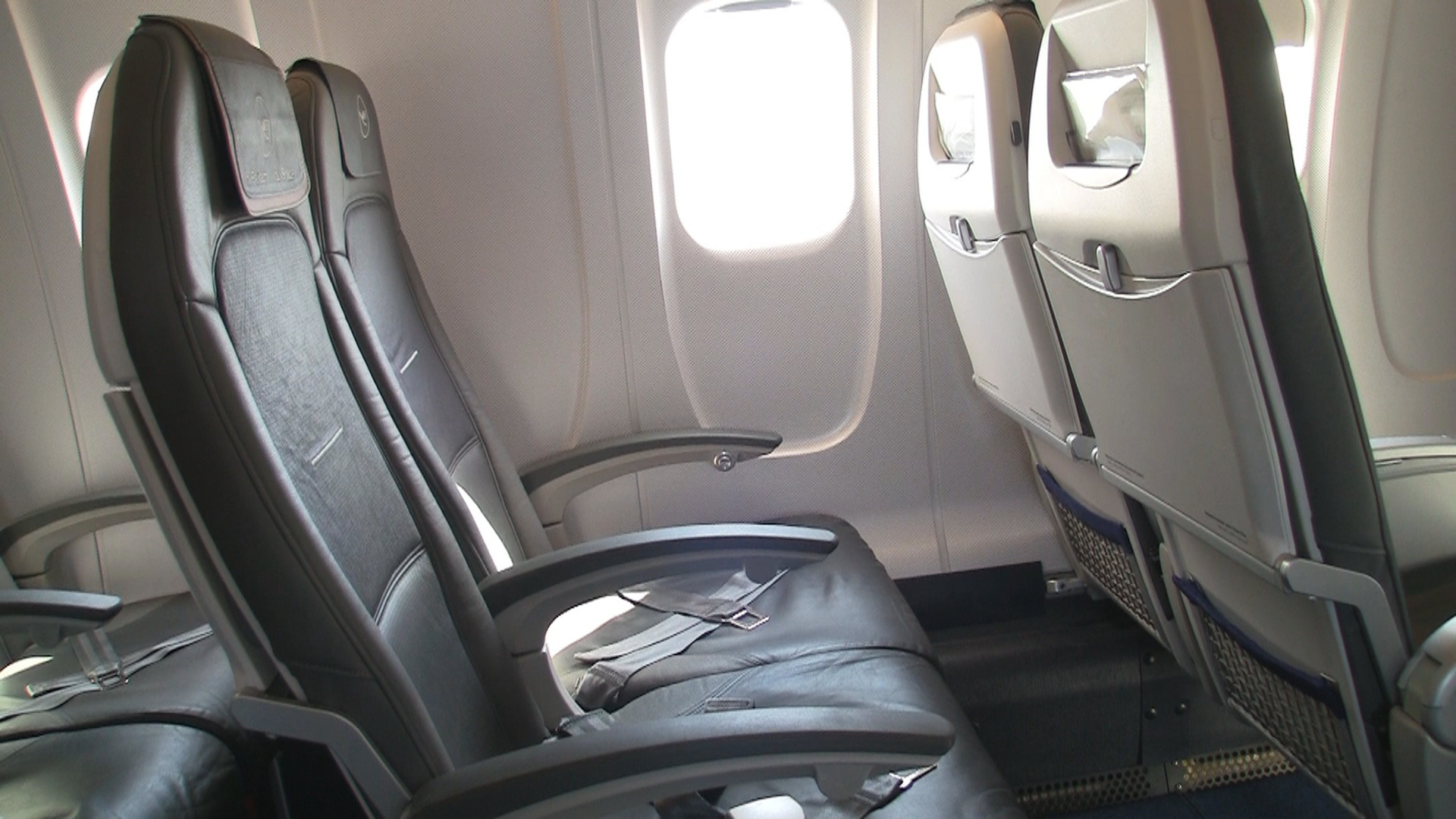 If you’re one of those that hate people reclining into your knee space, this seat is for you. Sure your feet won’t get far but your precious head and knees […]