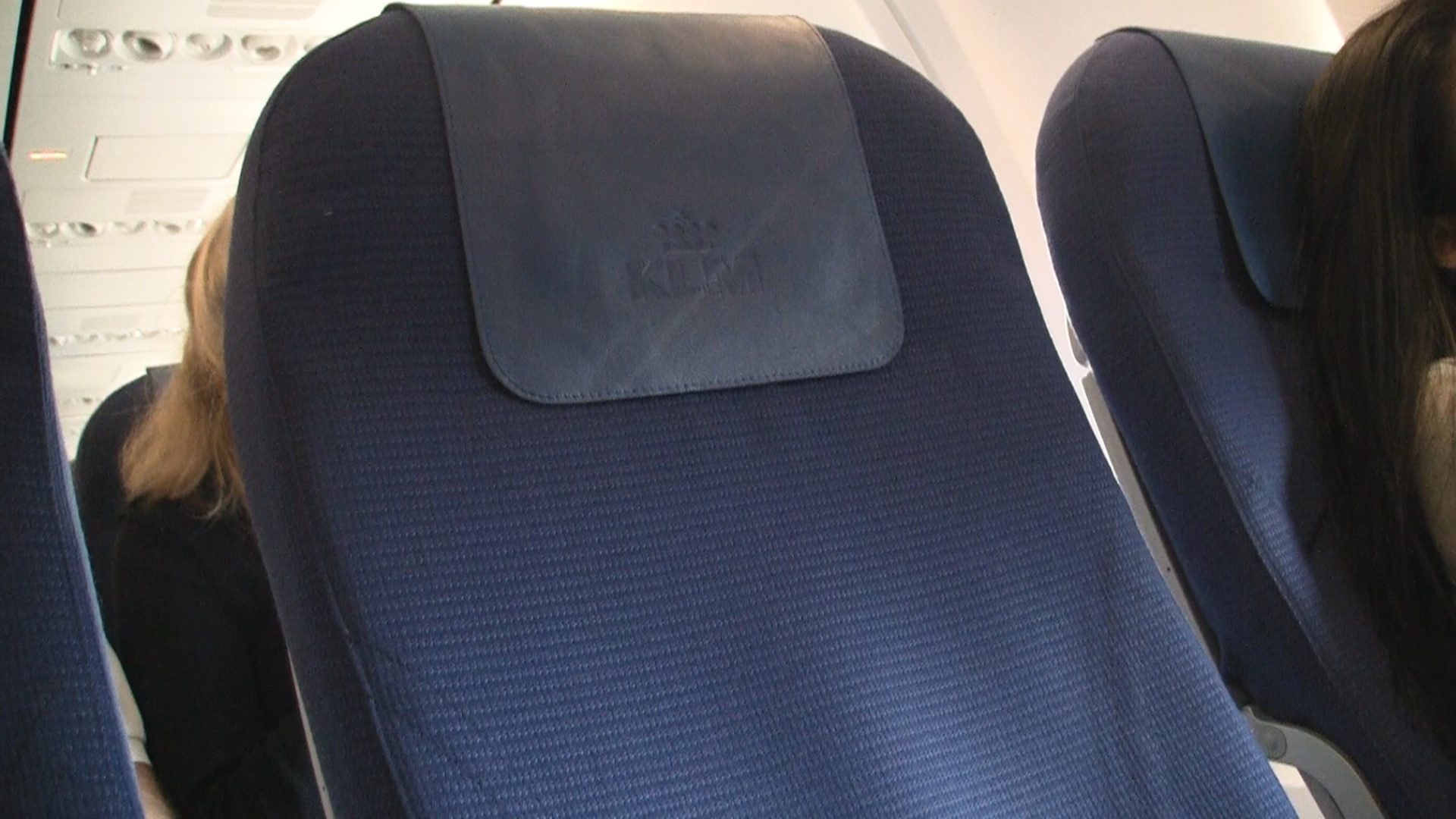 Seat(s): Economy Comfort seats on this KLM 737-700 barely exceed our minimum expectations for normal economy. You’re getting roughly 2 inches more legroom but the standard economy seats are 2″ shy of what you’d find aboard a typical legacy US carrier aboard a similar plane. So yes it’s an upgrade, but not one we’re all that fond of.

Window seats on either side of the aisle have fairly large electronics boxes in your foot space, taking away from precious room to extend your legs or underseat storage. Aisle and middle seats are affected to a lesser degree by a smaller box that shares space underneath the seats in front of you.

Here in row 6, you’re also without a window. If you’re a goth teen you can probably do without the sun but most of us like to peek out every once in awhile to make sure no one is on the wing.

Tech/Connectivity/Entertainment: The benefit to being near the front is that you’re sharing a TV with fewer people. You still don’t get to choose what’s on, but there’s a monitor above each row through business class and economy comfort and one every several rows in economy.

If your tablet or phone is loaded up with time-wasters, go ahead and plug them in. Multi-format power ports are underneath shared armrests.

Food: Everyone got food on this flight but ours wasn’t the fancy kind. While Business Class customers don’t get any more legroom than you will, they do get fancier food. If a meal is served you’ll get whatever slop they’re getting in the way-back.

Service: Because you’re at the front of the cabin, flight attendants haven’t been harrased or spilled much so there’s a better chance you’ll get them in a good mood. The crew on this flight wasn’t smiley but were efficient and friendly.

How we got em’: Airfarewatchdog.com’s twitter feed alerted us to a good fare, booked on Delta’s website and used KLM.com for the “upgrade” to Economy comfort. 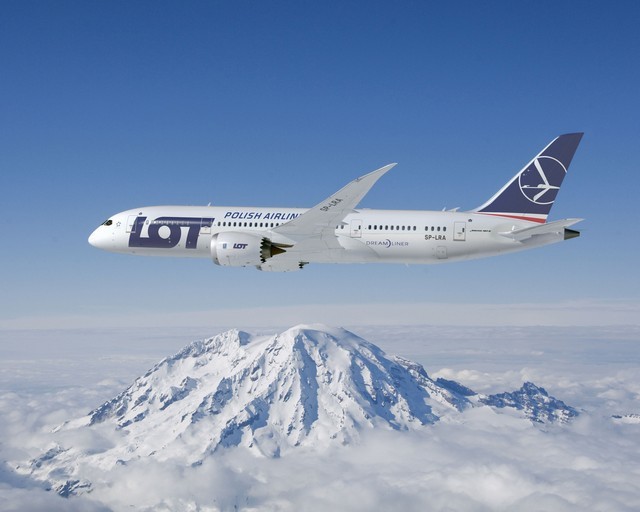 Follow our our olympic-sized ring around the globe as I sample premium cabins of several global airlines and a newly redone hotel in central Seoul, South Korea. Bookmark this page […]