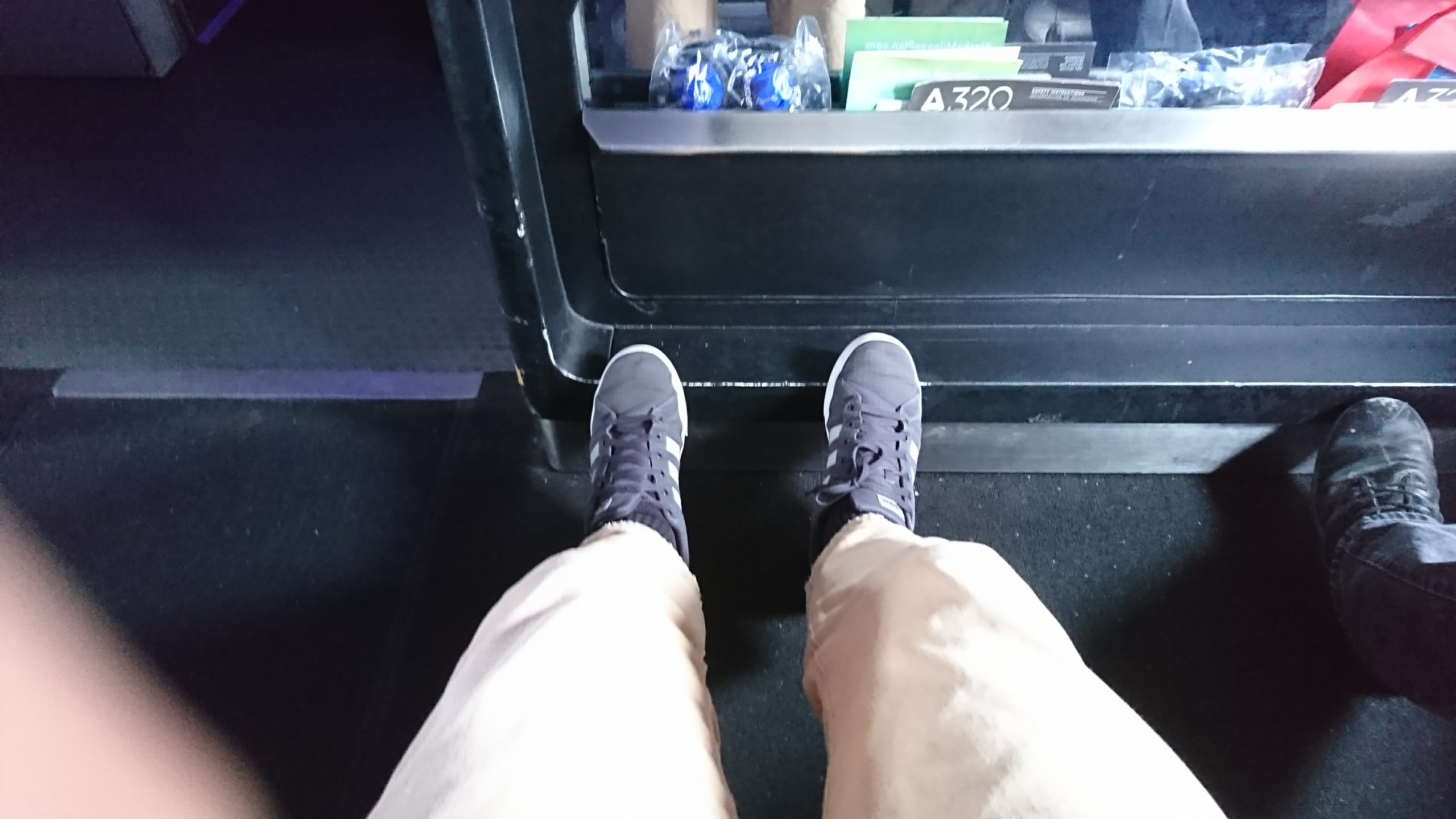 No Lie-flat Seat? No Problem.

The race to get international-style business class seats onto transcon flights has been fun to watch in recent years. The seats on Virgin America’s A320s in First Class were ahead of their time in 2007 but within a few years, lagged sorely behind it’s cross-country rivals between New York & LA/San Francisco. On a daytime flight when I’m up for the day though? These white, leathery loungers are just fine.

I scored 1D, a bulkhead seat on this trip from Newark (EWR) to Los Angeles (LAX) so I’m blessed with extra legroom and cursed by the gods of floor storage. With everything tucked overhead I can stretch out and enjoy the extra space and Virgin America transcon service. 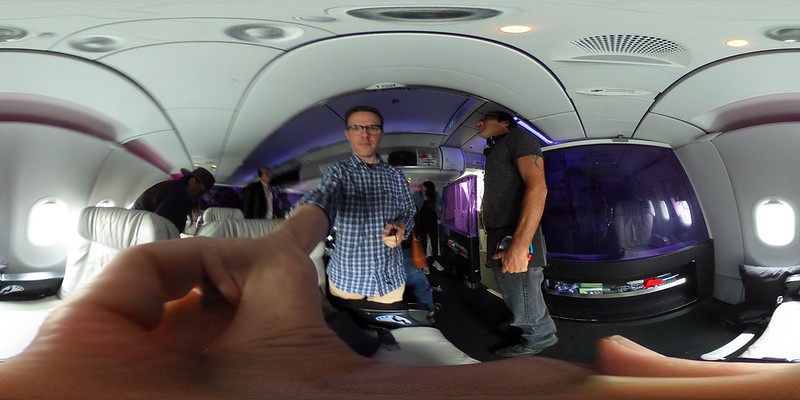 Not the greatest 360° shot but shows what the cabin looks like.

At-seat Entertainment Isn’t all That.

“Fair” is what we’d mark on a comment card for the in-flight entertainment system. There are neat options for having snacks delivered to your seat and even upgrades to premium seats…but we’re already up front with a dedicated flight attendant. That leaves me with a just “okay” selection of live TV and movies. Thankfully there’s wi-fi.

Too many people on-board gumming up the wi-fi? Thick clouds obstructing our signal from the ground? For whatever reason the in-flight internet provided by gogo was a bust. Slow loading pages and spinning wait-wheels dominated my time on board. I was able to slowly work out some tweets to the folks at gogo headquarters and got credit for a future flight.

I keep no secrets about my love for breakfast food but airplane breakfast? It’s not usually my favorite. I’d like to think that Virgin America raised the bar just for me, but I’m probably not the only one who has a distaste for the folded-over egg loafs and cheerios found aboard other domestic airlines in the morning.

On this 8am flight we got what I referred to as an “egg thing” in the video review, but eggs (good as they were) were just half of it. My “Coconut Pancakes” were the main event on the plate and deserves the real praise. Still, those scrambled eggs were SO much better than any eggs I’ve had on a flight.

Not Disgruntled at ALL.

This was a chipper bunch of flight attendants that knew how to inject transcon-level elegance into an otherwise down-home friendly flight experience. They’ll make a good addition to the Alaska Airlines lineup after the merger. Didn’t hurt that they gave me snacks for the road.

This was a sub 10k Chase Ultimate Rewards economy ticket enhanced by a 3am wakeup to nail down the upgrade. Virgin America offers discounted space-available upgrades to First for sale 6 hours before scheduled departure.

Thanks for watching and reading our review aboard this A320 in Virgin America First Class. See our other Virgin America reviews in our Plane Seats section. 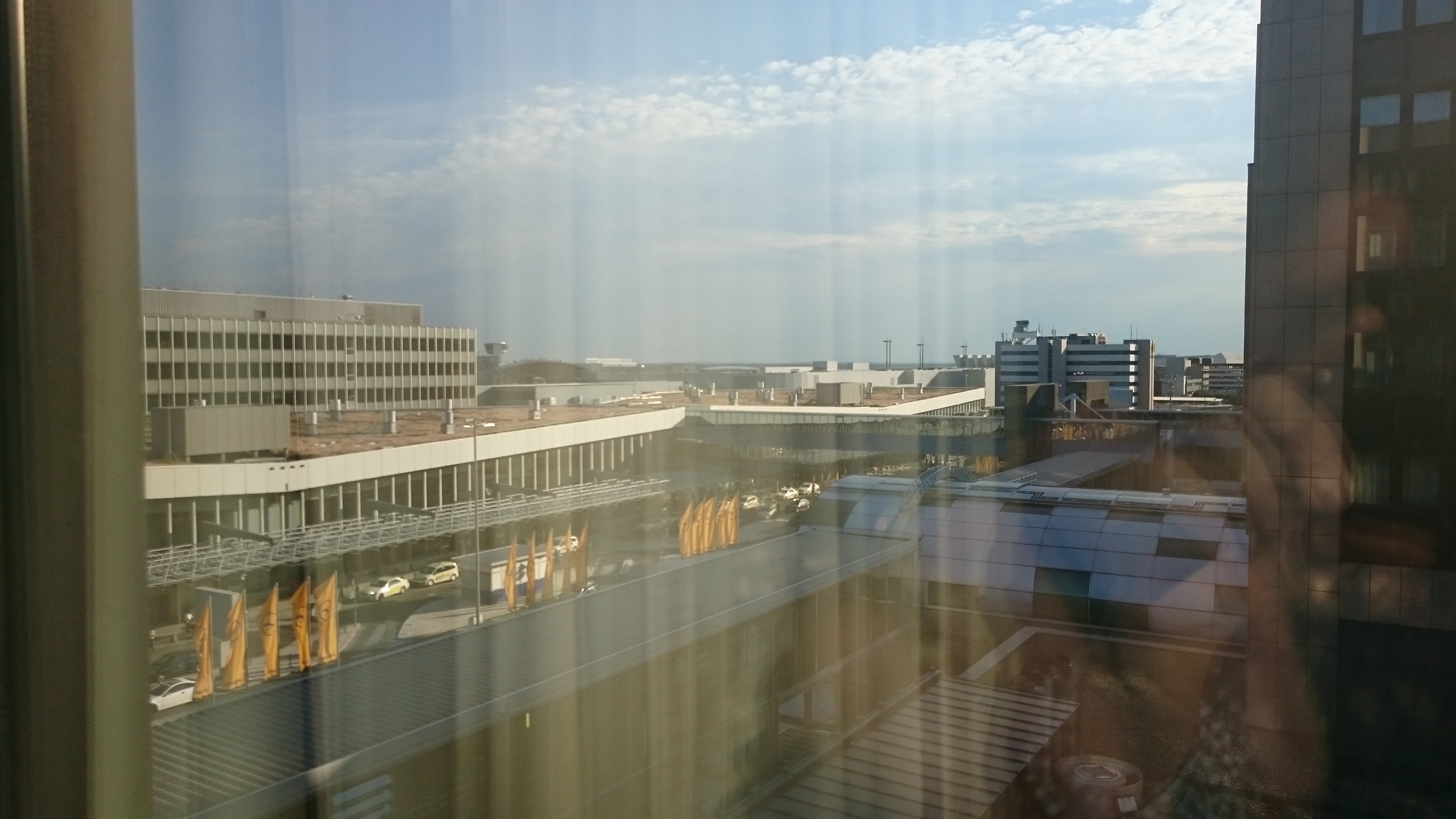 My Amazing but boring Room at Sheraton Frankfurt Airport

Location, Location. With 2 little kids at home now, solo trips are faster than ever. Sheraton Frankfurt Airport Hotel did it’s part in making sure I didn’t miss my return […]