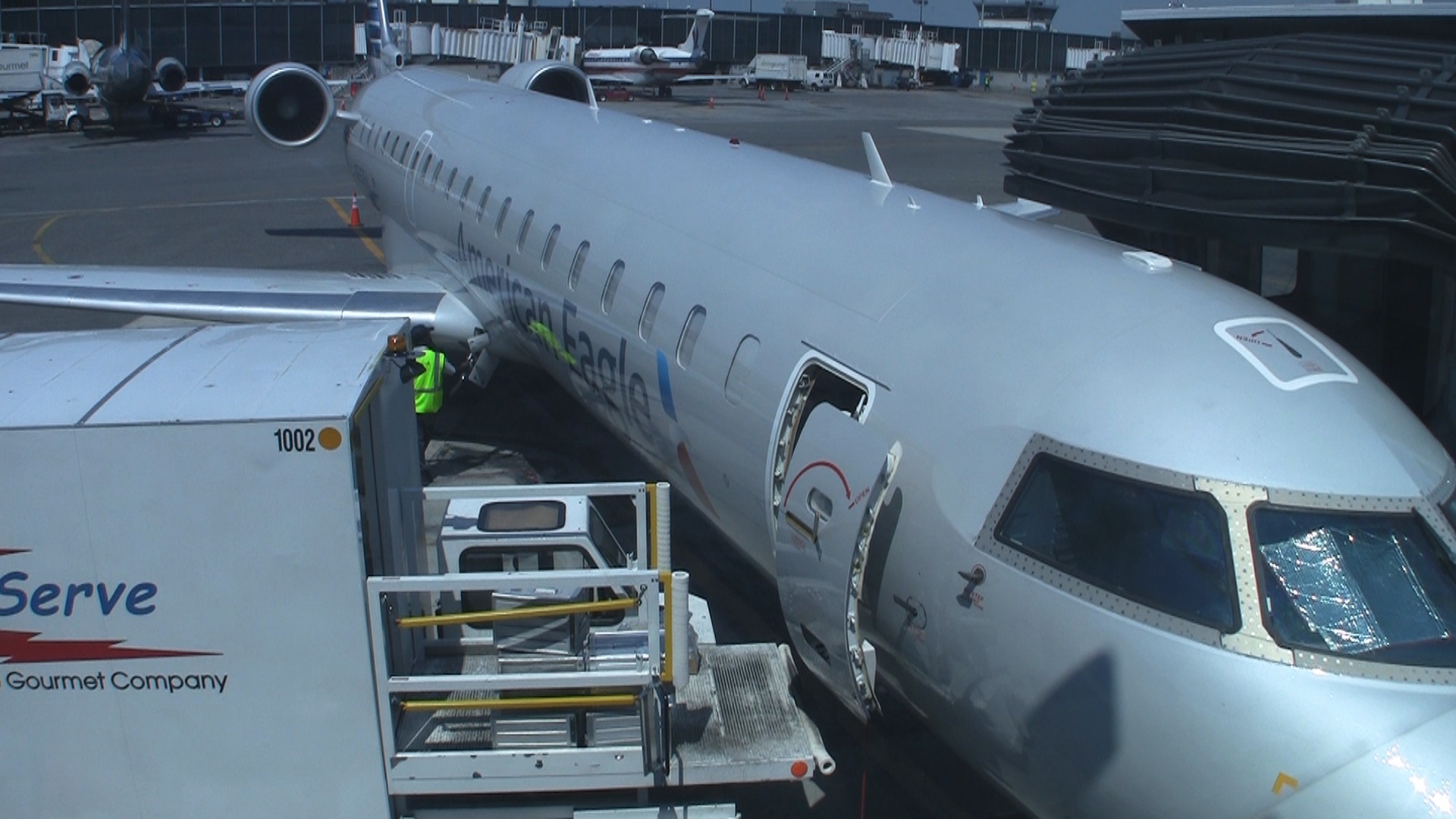 The Seat: Seat review sites don’t give us much reason to believe this American Eagle bulkhead seat is anything special but the promise of a little extra legroom made us curious. As expected the extra room was stilted by the lack of any sort of cutout that would allow for further leg extension. That said, there is plenty of room for someone of average height (or shorter).

If you’re under 6′ you may enjoy full extension of your legs or even push them forward far enough to rest on the wall. Not exactly classy, but comfortable. The other seats in this cabin appeared to have less in the way of knee space but give you the option of stretching your legs under the seat in front of you.

Service: Friendly, personable service but not much in the way of perks on this New York-Minneapolis flight. Warmed nuts and snack mix was the extent of food service (although nuts and beverages were in glassware and not plastic).

Wi-Fi/Connectivity: No wi-fi or power ports will have you flipping through SkyMall (or one of American’s many magazines).

Food: The recipe may change depending on where you’re flying from and choices in first class at mealtime are average at best. A cold chicken salad on one of our flights had a mayonnaise base served over lettuce but still served with a balsamic vinaigrette. Seemed weird to me.

How we got it: Upgrade was offered at check-in online for a fee. Plenty of seats were available and on the outbound flight, first class was ALL ours. 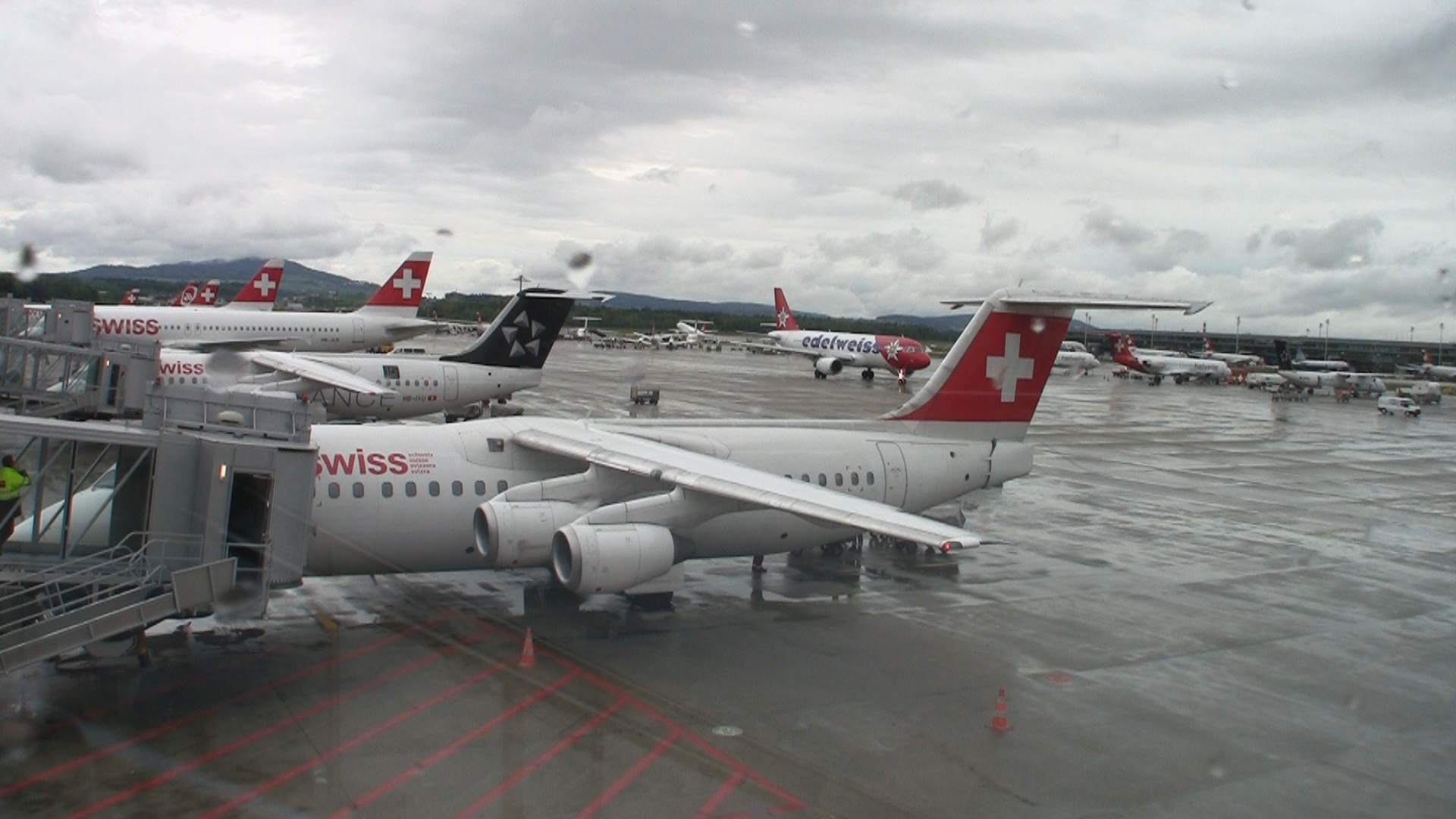 It’s a bonus when the backdrop to your nerdy fascination with commercial aircraft is beautiful Swiss countryside. The scenic views combine with fairly decent amenities and good selection of lounges […]