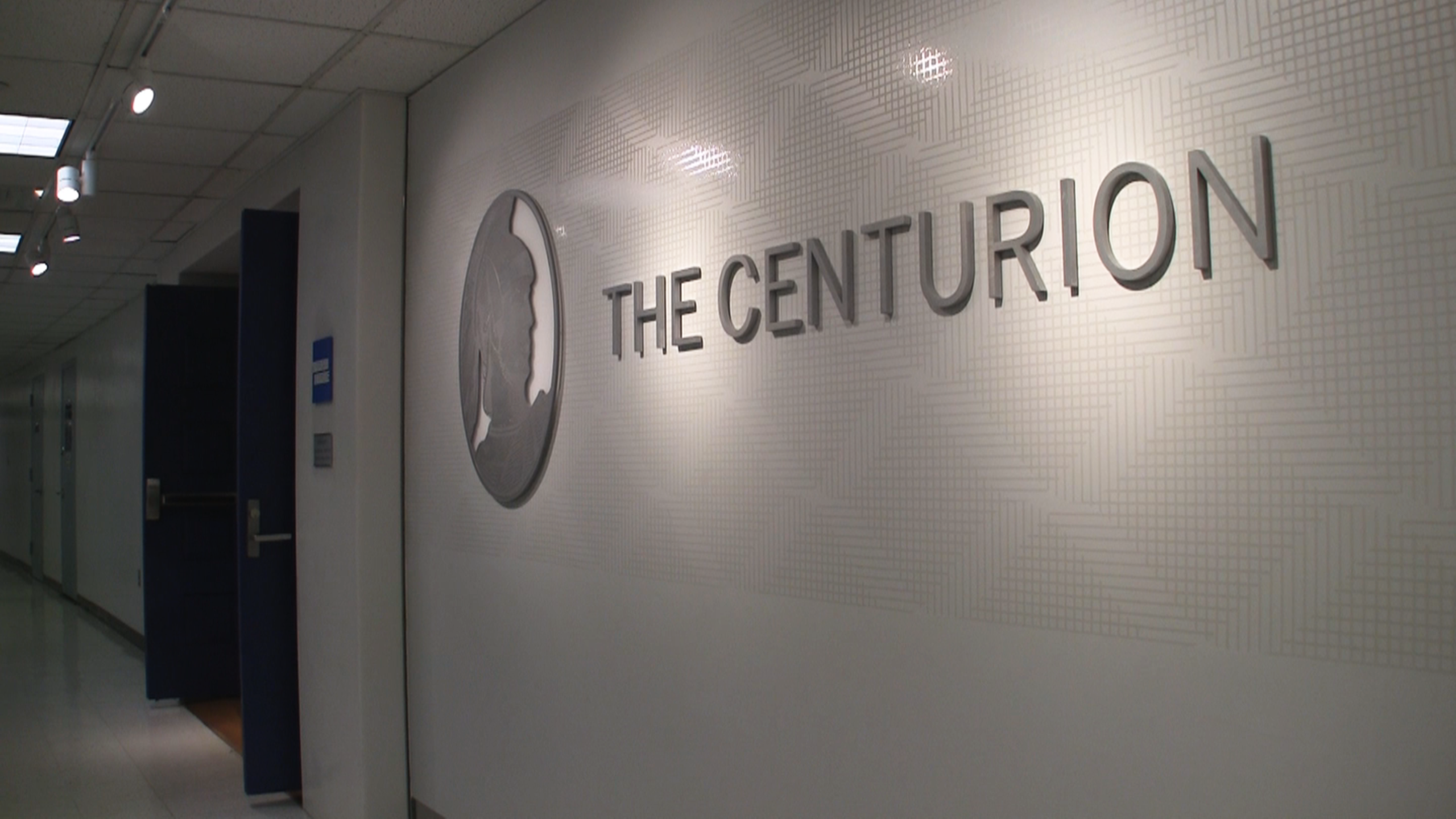 Seats are cozy and look cool.

There’s more than just a variety of standard lounge chairs here. With the added comfort of a wide leather seat comes the hip-factor that most lounges at New York LaGuardia lack. Even the semi-recent upgrades to Delta SkyClubs don’t quite match up. It’s an Ikea vs. Design Within Reach sort of thing…this just feels like a higher-end lounge.

Broken into two rooms both that offer work-bar seating that face outside but are otherwise quite different. The room closest to the front desk offers a mix of leather loungers and communal table seating. Further in, the buffet/bar area is a mix of table seating and small leather couches. In between the two rooms are wall-embedded private areas stocked with pillows.

Our dinnertime buffet offered hot entrees invented by Cédric Vongerichten, a bright under-30 up and coming chef who along with world-famous chef Jean-Georges Vongerichten (his dad) runs the show at New York City’s Perry St. Restaurant. Our dinner plate had beef brisket next to an alfredo-like pasta, both very good but short of exceptional. Hard to complain though when you know United Club members are down the hall dining on hands-full of yogurt raisins.

A competent bartender was on hand to mix drinks with generous pours. If booze isn’t your pre-flight game, there’s self serve coffee and tea to go nicely with your desert selection. Try the Coconut Pecan cookie…it’s ridiculous.

Want more pics? Check out our full gallery of The Centurion American Express Lounge at LGA.

It’s hard to find a spot to sit that doesn’t have an outlet near it. Most lounger, couch and workbar seats have spots to plug-in close by and cafe tables are situated above floor outlets. Wi-fi is reliably fast for most work and light streaming needs.

If you want to go retro, there are internet connected PC’s to work from in the business center. There you can print and perform other traditional business services like copy & fax.

You typically have to dig a little for this level of friendly in New York. That it’s an American Express Lounge is no surprise but the Centurion crew was amazingly friendly. Front desk staff was eager to point out the features of the club and directed us to the food area. Our bartender was equally friendly and made quick friends with everyone who approached the bar. Other staffers were on hand to explain the buffet offerings and keep things tidy.
{{orbitz2}}

It’s not likely your flight from LaGuardia is going to take you so far that you’ll need one but there are no showers here. The only clean you’ll get at this American Express Lounge is whatever you can manage in the washroom. The Centurion washrooms were very clean on our visit and offer wall mounted L’Occitane amenities.

Summary: We’re not sure yet how The Centurion at LaGuardia airport stacks up against every other American Express Lounge but it’s arguably the best one here. A helpful and friendly staff mix nicely with a good variety of seating, food and amenities. The real perk is that you can be flying any airline that departs from the Central Terminal. It’s “landside” location means you’ll have to leave early enough to get through security but it also means you can have a moment of luxury before you hop into an oppressive knee-pinching coach seat.

How to get in:  Amex Platinum and Centurion card holders can access The Centurion for free, but other qualifying cards give you access with a $50 copay (space permitting). 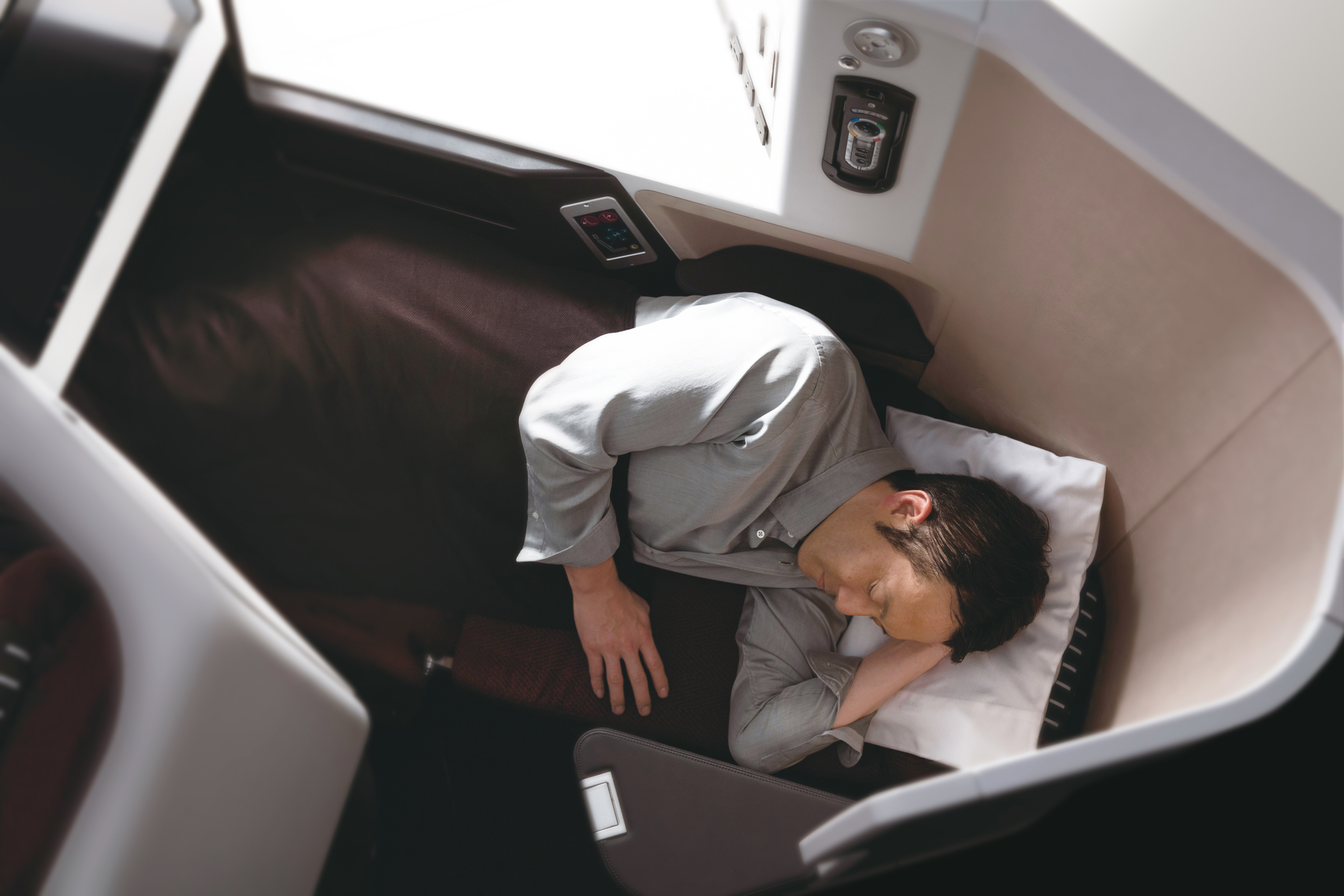 Get Ready to lie Flat Japan Airlines is upgrading the seats on their fleet of 11 777-200ER aircraft. The refreshed interiors will start making appearances in July of 2016 on flights […]