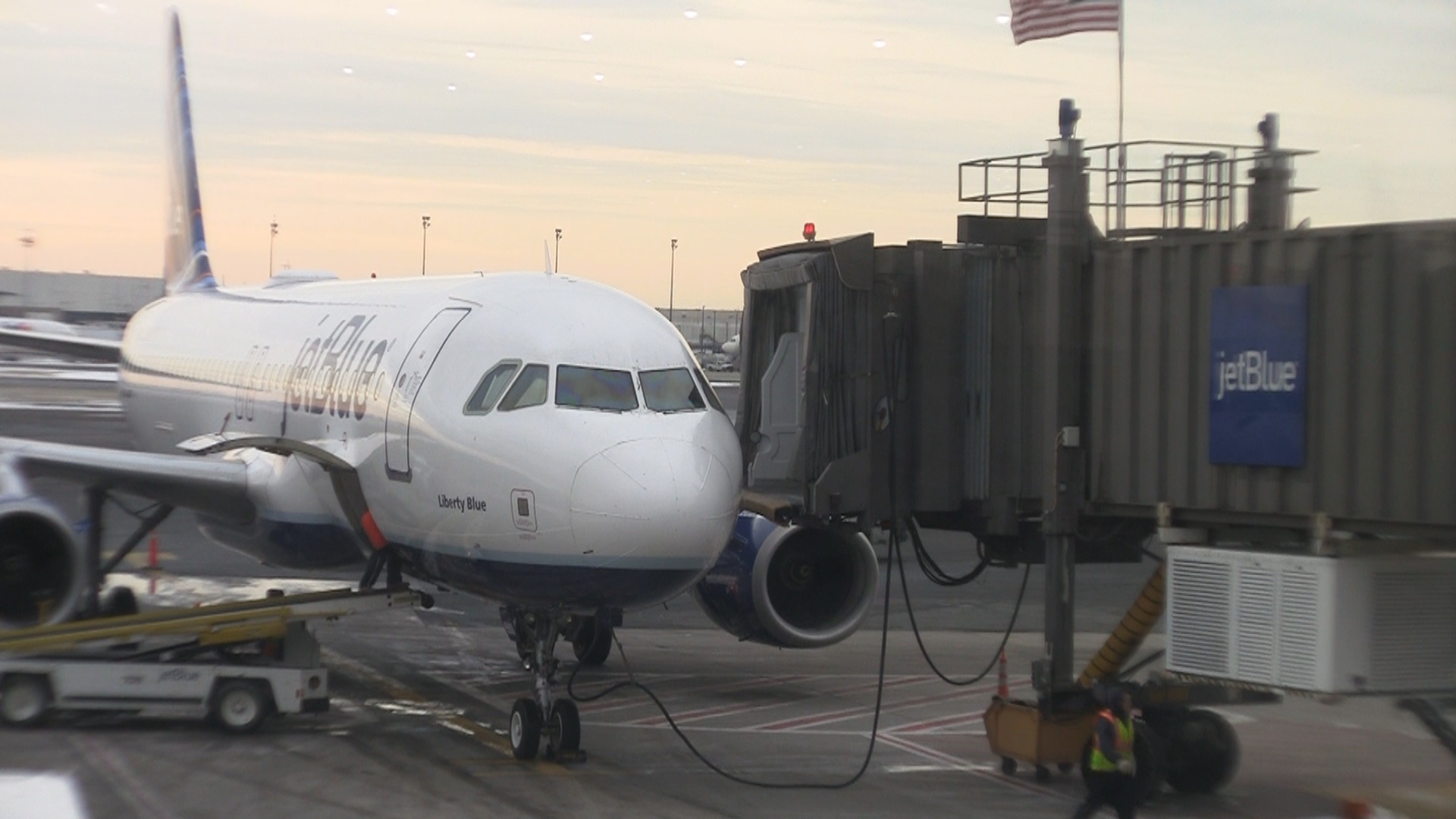 Seat(s): The vacation starts early for your legs. We’re just eyeballing it, but pretty sure that there’s more space here than you’ll find in the other “Even More Legroom”  seats closer to the front of this JetBlue A320. Where your back-half is concerned these are well cushioned, older style leather seats and are comfortable but don’t have a headrest. You may think it’s sad looking, but you might appreciate it’s cushiony goodness in a few years after everyone has gone with the much thinner, slimline seats.

Typical economy seats aboard the JetBlue A320 are among the roomiest in the US domestic market so buying up to “Even More” gets you more than the standard upsell on the same aircraft of a different airline. For example a typical Delta “Economy Comfort” upgrade gets you 34″ of “pitch” (leg/knee space) compared to JetBlue’s minimum 38″ in an “Even More” seat on this plane.

Tech/Connectivity/Entertainment: JetBlue burst onto the scene in 2000 as the domestic king of in-flight entertainment with live TV at every seat. Since, other carriers have unevenly attempted to catch up with their own versions but only smaller and newer US carriers like Virgin America have been able to promise it consistently aboard each of their planes. While that’s great, the newer products on some of these carriers have raised the bar on screen size, number of channels and by adding other options like in-seat power for personal devices. While the airline is committed to improving the product on newer planes, it’s doing a little catching up of it’s own. Short version: This plane has several channels of live DirecTV and a few movies…The end.

Did I say “the end”?! No. In addition to live TV, there’s a generous sampling of SiriusXM music channels you can stare outside and daydream to. If you’re an insomnicac on a Friday night redeye, you can even hear me yapping occasionally between songs on Alt Nation, channel 36…or sleep.

Food: On every flight you’ll get what you typically get in first class aboard a legacy carrier outside of mealtime…and more. Complimentary snacks are offered from a basket chuck full of blue potato chips, cookies and more. Plus, once the initial service is done, you can skip to the back and get more if you please (while supplies last).  If you’re looking for something more hearty, a more robust snack box is available for purchase and a menu of meal options (sandwiches, etc) is availbable on longer cross-country flights.

Service: Our experiences with JetBlue have been at minimum humane. With the exception of a rare freakout, the airline has maintained a fairly solid reputation for service. This flight came with a smiling, helpful and efficient flight crew.

Get it: Once your flight is booked it’s easy to purchase an upgrade to an “Even More Space” seat using the seat map(s) for your flight at JetBlue.com or by calling the airline directly. If you have Mosaic status you’ve got the option of redeeming TrueBlue points for these roomier seats. 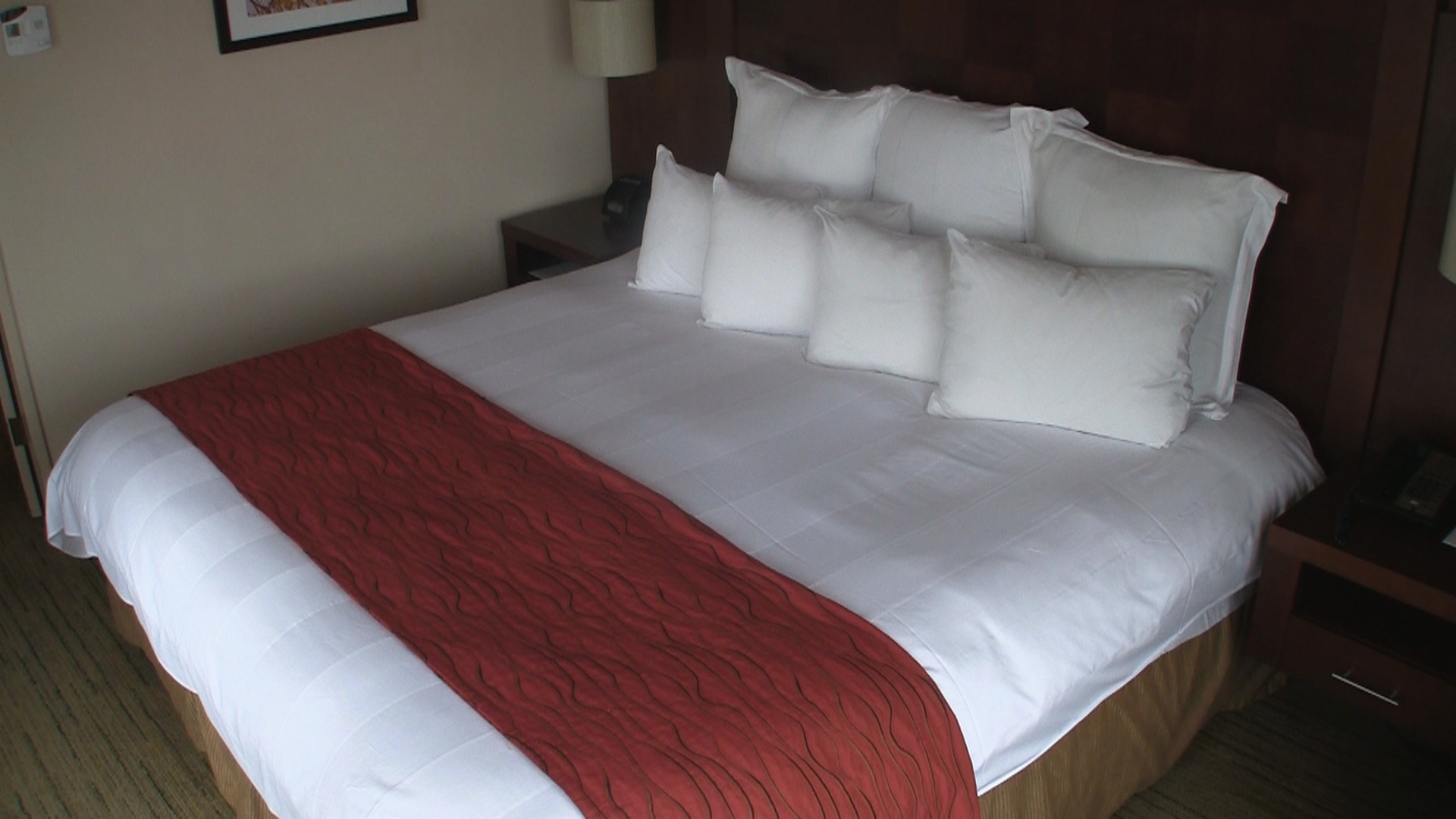 The wi-fi isn’t free but the staff was super friendly on our visit to Renaissance Seattle Hotel. See and read the full review with Jake Redman.