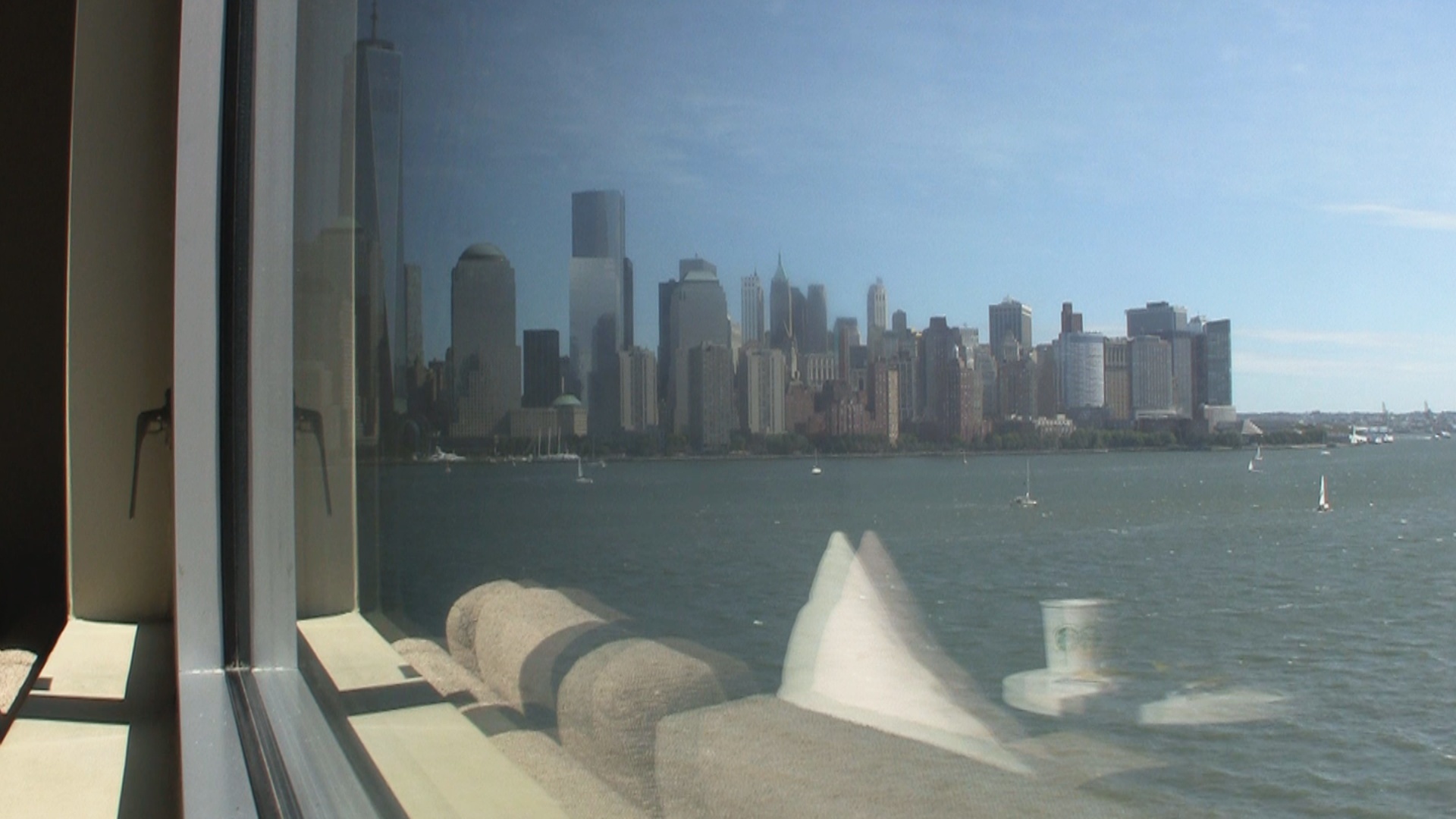 If it’s not an upgrade, we won’t officially index it here on modhop so this ADA compliant, accessible room at Hyatt Regency Jersey City on the Hudson finds a home at our YouTube Channel.

The Room: If you’re used to staying across the river, this King room at Hyatt Regency Jersey City might seem like a palace compared to a similarly named room in New York City. Inside, you’ve got a king bed with what feel like mid-grade sheets and the thick windows keep a lot of the city noise out so it sleeping shouldn’t be much of a challenge. If you just want to relax, the sectional couch seems unnecessarily big but is a cozy way to relax and stare out at what might be a pretty spectacular view depending on what side of the hotel you’re on.

Spreading out your pre-meeting files and handouts should be easy (I don’t have a lot of meetings). Desk space is a good size and is well lit by a bright desk lamp and the ergonomic leather chair is comfortable despite not having armrests.

The television serves up typical hotel movies and shows for purchase and features a couple handfuls of local and cable channels on the house.

Washroom: This accessible washroom was short on counterspace but came with a large, open shower but no bath. Other ADA compliant rooms at Hyatt Regency Jersey City on the Hudson are offered with baths.

Amenities: KenetMD skincare is the brand that replaced our beloved Portico white ginger shampoos, soaps. I was a huge fan of the white ginger soaps but after reading more on the new amenities, this is an upgrade.

Service: If I had been bored, I would have stopped to chat more with the front desk staff. We got smiles on check-in, check-out and when we asked for directions to the closest drug store. Friendly service was found at breakfast although it took more than a New York minute to be seated.

Wi-fi/Connectivity: Wi-fi and wired internet is offered at an extra charge.

Overall: Despite not being close to much in the immediate area, Hyatt Regency Jersey City on the Hudson is a good alternative to the often pricey NYC hotels. With “normal” sized rooms, good service and often spectacular views, the upgrade might just be NOT staying in New York.