Is this the best seat in TAP Business Class aboard the A321? 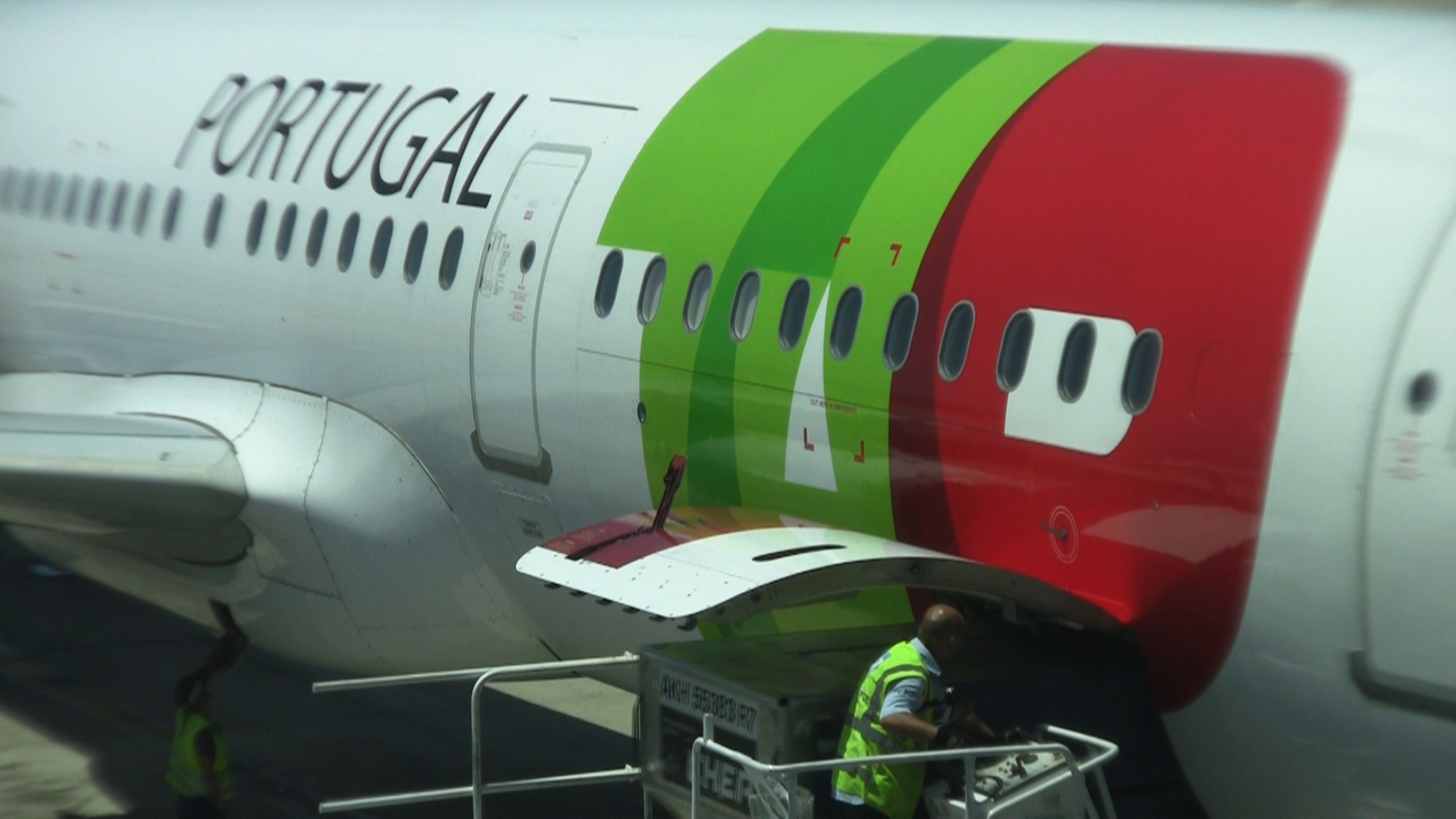 Best Seat for who?

Our seats up front in TAP Business Class (or “TAP Executive”) on this A321 themselves aren’t super luxurious. Typical for intra-European premium travel these are standard economy seats with a little more room between rows for extra legroom and the middle seat blocked. Here in the bulkhead there’s a sense of space created by having no seat in front of you but the wall will likely keep your legs from fully extending.

On this plane, Executive class begins with row 3 on the D-E-F side. TAP’s site and others show both sides beginning with row 1 so refer to the map that’s displayed when choosing your seat. 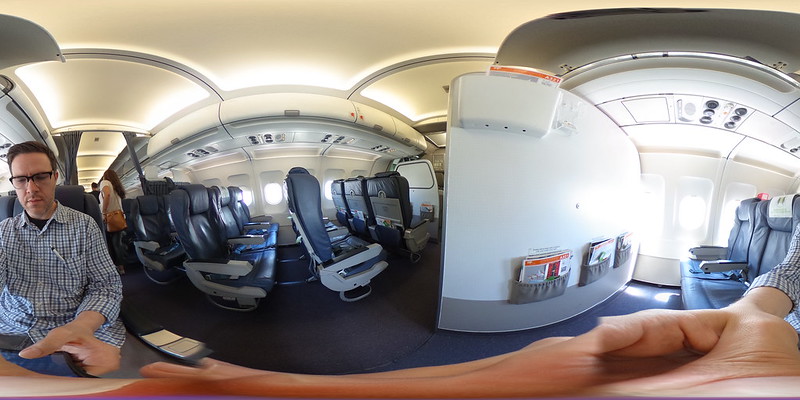 Use your finger or mouse to navigate this 360° seat tour. 1D in TAP Business Class aboard an A321.

This is a pre 90’s style bare-bones plane when it comes to entertainment. You may or may not have something to watch on the overhead screens but you’re probably on your own. You’ll probably want to have your gear charged too. Neither AC or USB power outlets exist in any class here, including TAP Business Class so you’ll have to come fully charged.

Shrimp on the Beach.

Our midday trip in TAP Executive Class gets us lunch aboard this A321. A green salad appetizer is served right before a choice of entrees. I chose shrimp with rice and farofa (which looks a little like sand but is much tastier) over the eggplant dish. While the portions aren’t Texas-sized, there was enough to keep topped-up on this relatively quick flight.

Service on this flight was efficient and friendly enough. Food was timed just about right and flight attendants checked back regularly. Smiles were infrequent but crew delivered nothing that was complaint-worthy .

We got in on a one-way $143 “mistake” fare from New York to Franfurt via Lisbon, then upgraded to TAP Business Class using the airline’s “plusgrade” service. Once booked we named our upgrade price then waited for it to be accepted. This one cleared 3 days before the flight.

Thanks for watching and reading our review aboard this A321 in TAP Executive Business Class. See our other TAP reviews in our Plane Seats section. 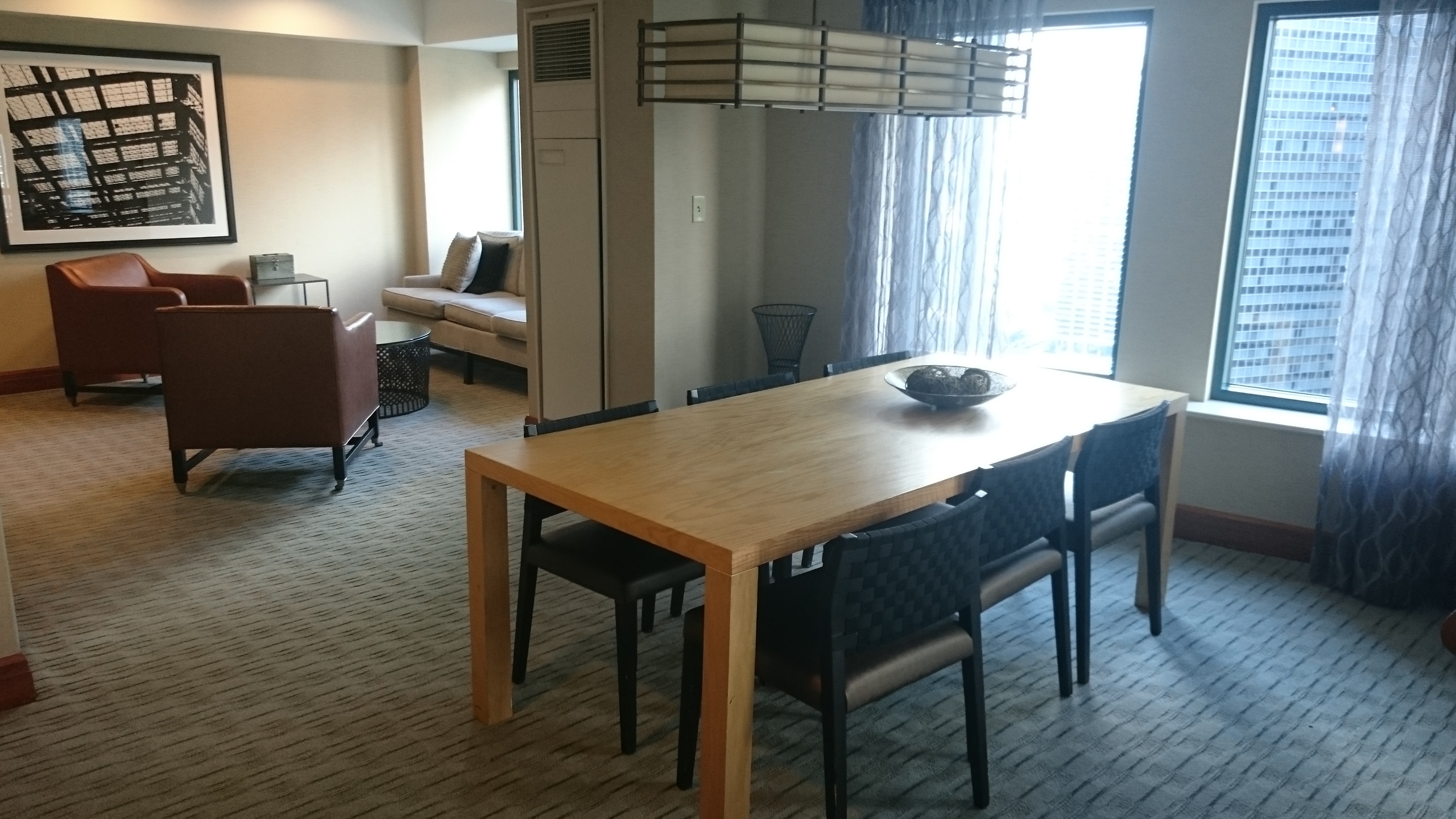 Is the Club Lounge the Best Part of the Sheraton Grand Chicago?

Real People, Not Actors. No direct affiliation with credit card companies means we don’t often feel the need to talk about their products…unless a benefit stands out. Access to the Sheraton […]