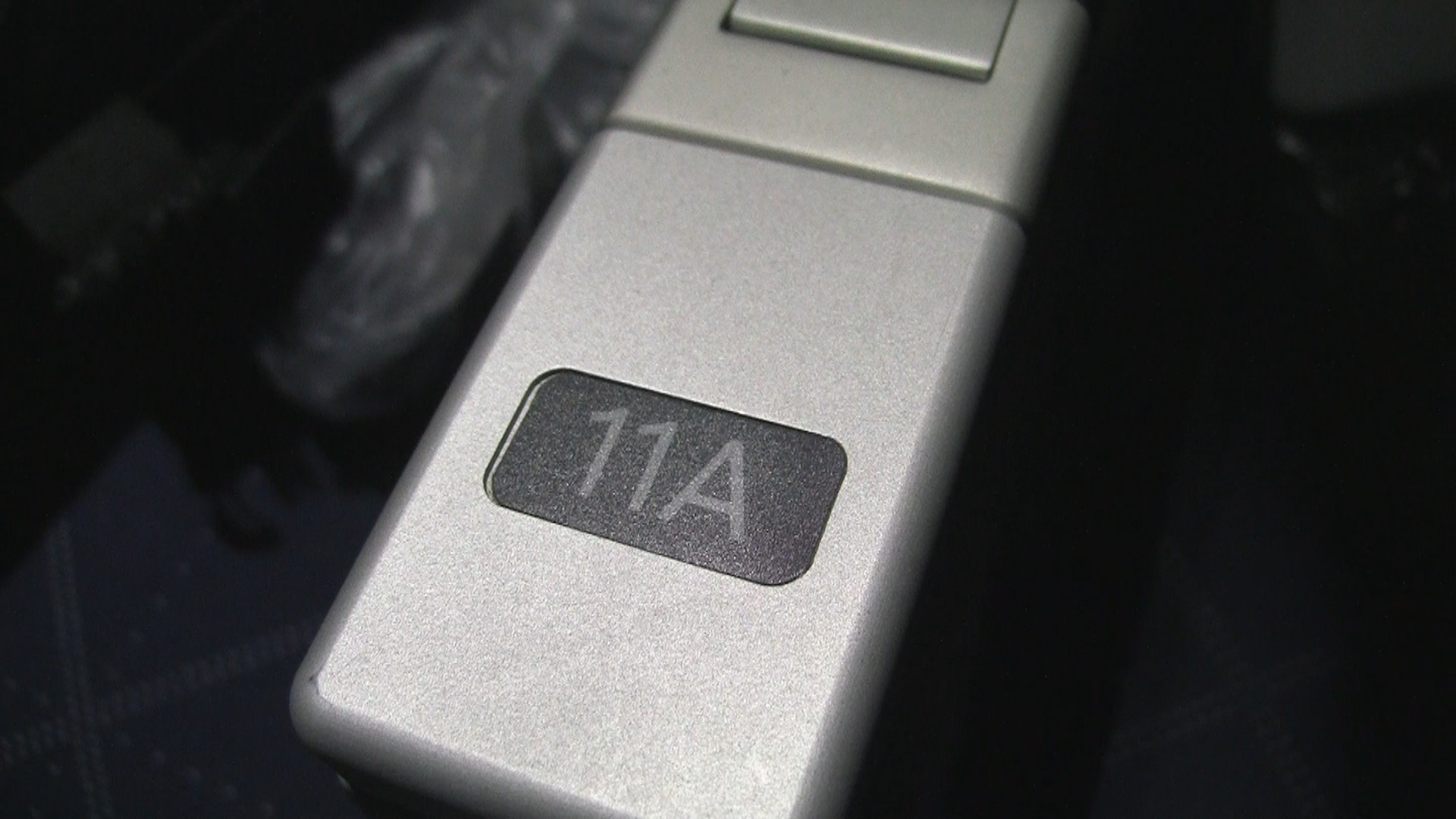 Seat(s): A “red” rating on SeatGuru?! While I applaud the seat-rating site’s newfound critical eye, it’s hard to say this seat is basement level. If the missing window is a deal breaker then sure, you won’t like American Main Cabin Extra seat 11A (or 11F), but if you’re a fan of legroom, you’ll love it.

Because there’s no underseat storage here, your bag will need to go up above. Overhead space wasn’t hard to find on our trip but if you’re in a higher boarding group you might need to muscle your way ahead of other zone 5’ers if you don’t want your bag in the way-back.

Tech/Connectivity/Entertainment: The 8.9″ touchscreen for seats in this row fold up from underneath the center armrest. This is a bigger screen than you’ll find on other transcon flights between New York and LA (or JFK- San Francisco). On it, you’ll be able choose from “In theater” and “Best of the Big Screen” movies or a generous selection of  recorded TV shows…all for a price. Some complimentary programming is available but AA produced travel featurettes and the sales pitch for NBC programming only kept our attention for a cumulative 3 minutes. Just 5 hours, 59 minutes to go!

GoGo in-flight wi-fi is available for purchase but American has gone ahead with Daddy Warbucks level pricing on the single flight package ($30 is a lot in 2014 dollars). With all the TV shows we can watch for a fraction of the price, we skipped the internet all together and watched almost a seasons worth of Big Bang Theory, a show we only watch in the air.

USB outlets are available for trickle charging but why not just power up like a dude, bro? Full 110v ports are under your seat.

Food: The chicken cobb salad sandwich was a few mushy avacodo slices more than I wanted but as tasty as we’ve had in-flight. Transcon flights qualify for the “flights over 3 hours” menu so you’ll get a choice that’s appropriate to the time of day you’re flying (between 5am and 8pm). AAdvantage Executive Platinum and ConciergeKey passengers in economy get a free snack item and boozy drink.

Download the full menu from our flight (.pdf): AA_Transcon_Menu_0914

Service: This was an outstanding crew. Each of the flight attendants we encountered were helpful and pleasant. They also seemed to have fresh coffee brewing exactly at the times I wanted it, so naturally they win.

How we got em’: This was a one-way AAdvantage award redemption for just 12,500 miles. “SAAver” Awards don’t get to buy up to American Main Cabin Extra but as seats were released 40 minutes prior to flight time, the very helpful agents inside the AAdmirals Club were able to move me up from a far-back middle seat for nothing. 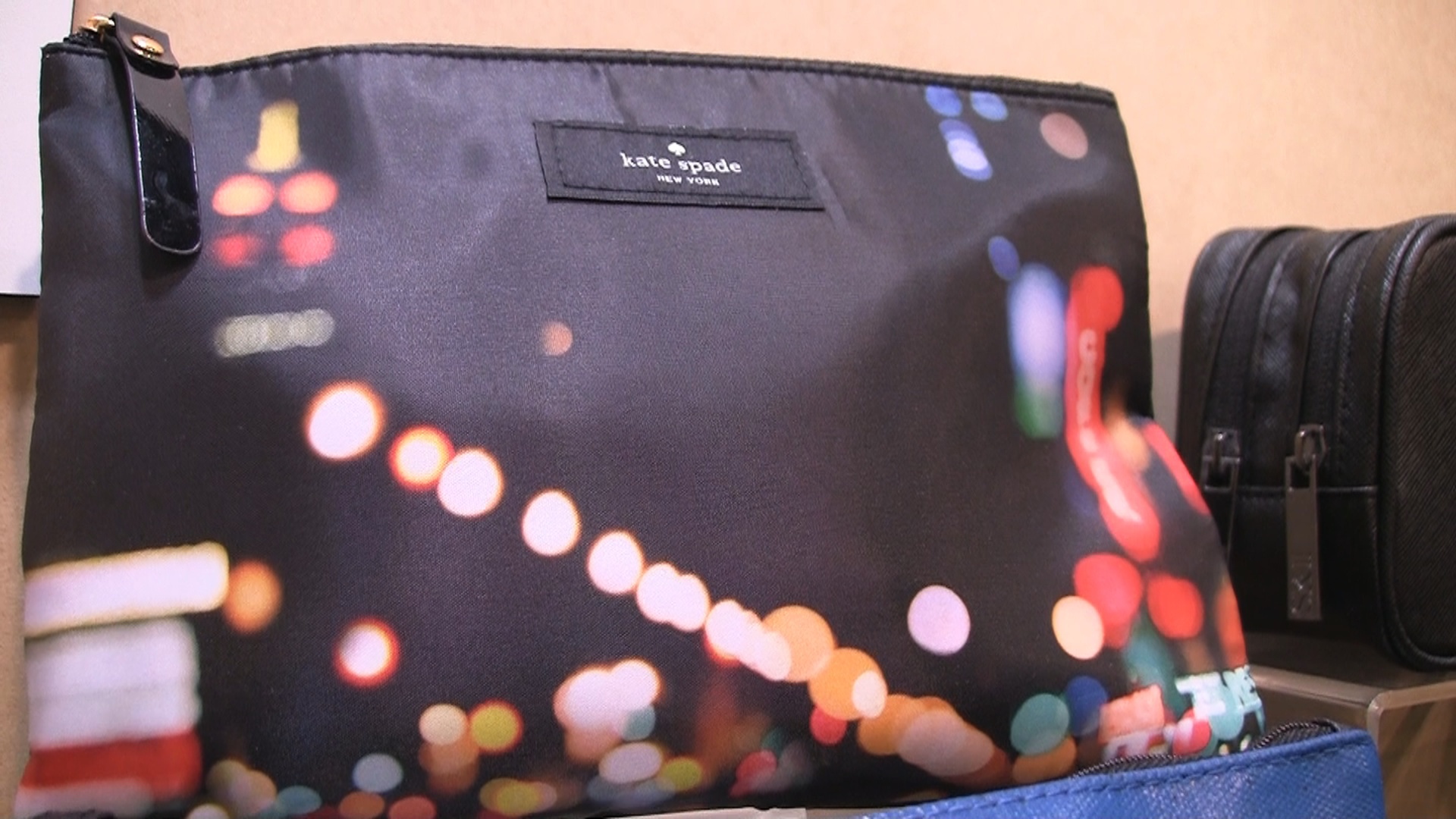 Our visit to the Airline Passenger Experience or APEX Expo 2014 was short, but we covered enough ground to make this another Modhop mini-series. In our first video we look at […]