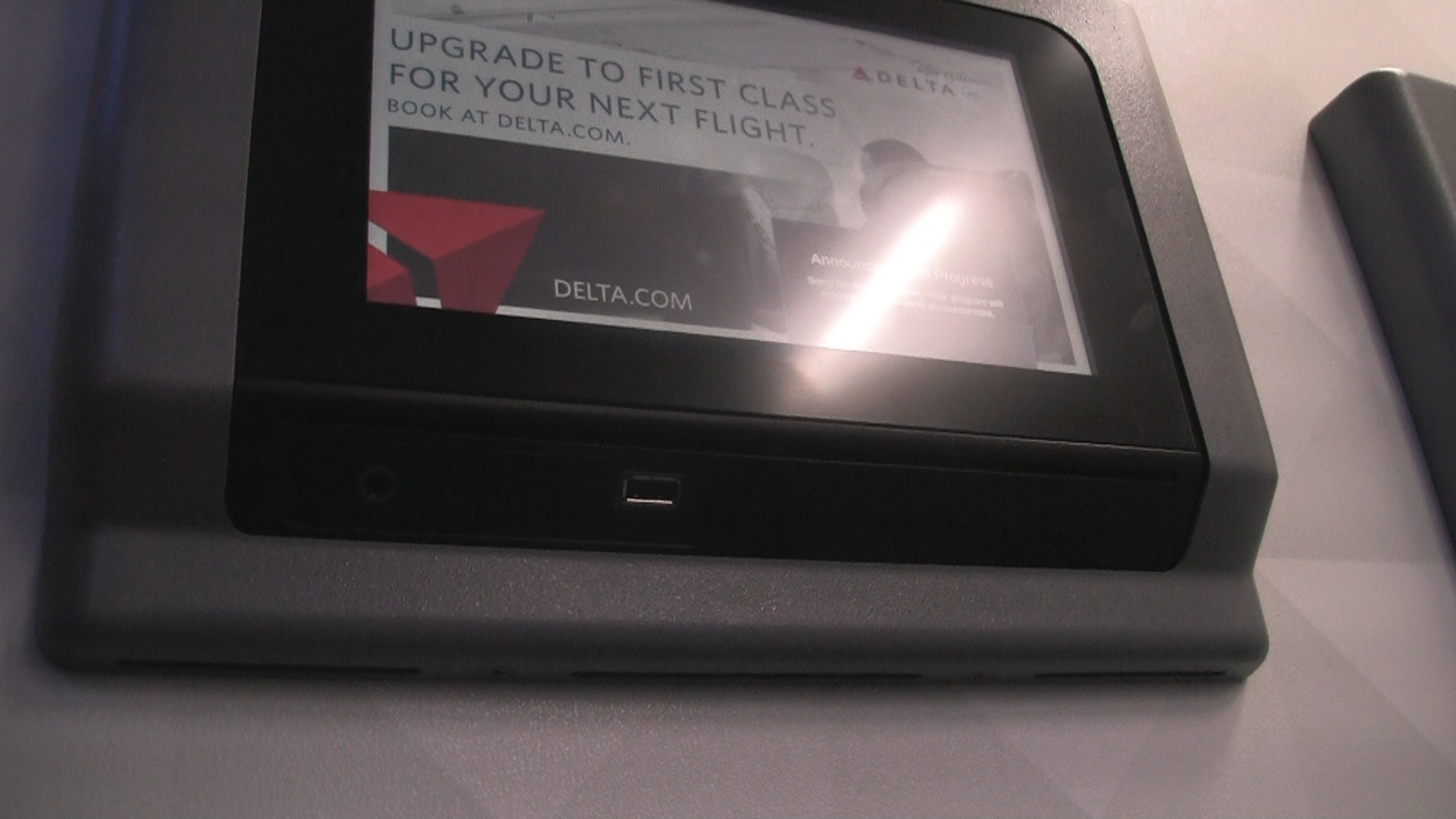 
Seat(s): Whoever named them “slimline” seats should probably be suspended without pay. While the news media throws hyperbole spitballs at this new-style seat, we see them as a tiny improvement over the bulky seats of old where comfort is concerned. Arguments can be made about the lighter padding but legroom is entirely dependent on the airline and in the case of Economy Comfort, not too bad.

The D, E and F seats in row 11 aboard this Delta 737-900ER is the exception to our legroom argument in this premium section of economy. There’s a not-so-premium bulkhead wall in front of them. While not as tight as a typical bulkhead, it’s not going to be comfortable here  if you’re hoping for full leg extension (or anything close to it). Only 11D on the aisle lets you extend your legs fully around the wall but even then, some slight angling is required.The legroom is a tradeoff for the abuse you get from other passengers and their bags during the boarding process thanks to the shift in the aisle moving from first class to economy.

Tech/Connectivity/Entertainment: For now, Delta’s in-flight entertainment on the 737-900ER is as good as you’ll find aboard flights within the US. Lots of movies, TV, games and other boredom-fighters.

If you want to plug-in, you’ve got options. There are power ports underneath the shared armrests in this half-row just underneath a second USB port. The first USB port is found in the frame of your personal TV if you want to aggrivate the window seat passenger by trapping them there with your iPod cord.

As is common aboard Delta flights, Wi-fi is provided for a charge by GoGo.

There was no food outside of complimentary peanuts or pretzels and a beverage. Snack boxes were the only for-purchase option on board this time, but on longer flights you’ll have an option to order from Delta’s EATS menu.

Service: With our plane less than a week into service, flight attenedants were locked into new office euphoria. Several references to “that new plane smell” were made during PA announcements and smiles came with the service as an assumed result of working aboard a shiny new jet.

Rating: 2 hops (of 5). For premium legroom, choose anything other than this row in the Premium Economy cabin. Or do your best to weasel your way into first.

How we got em’: We used a voucher that was about to expire and sampled a few new Delta planes. Grabbing this economy comfort seat was done within 24 hours of the flight using simple Silver Medallion status. 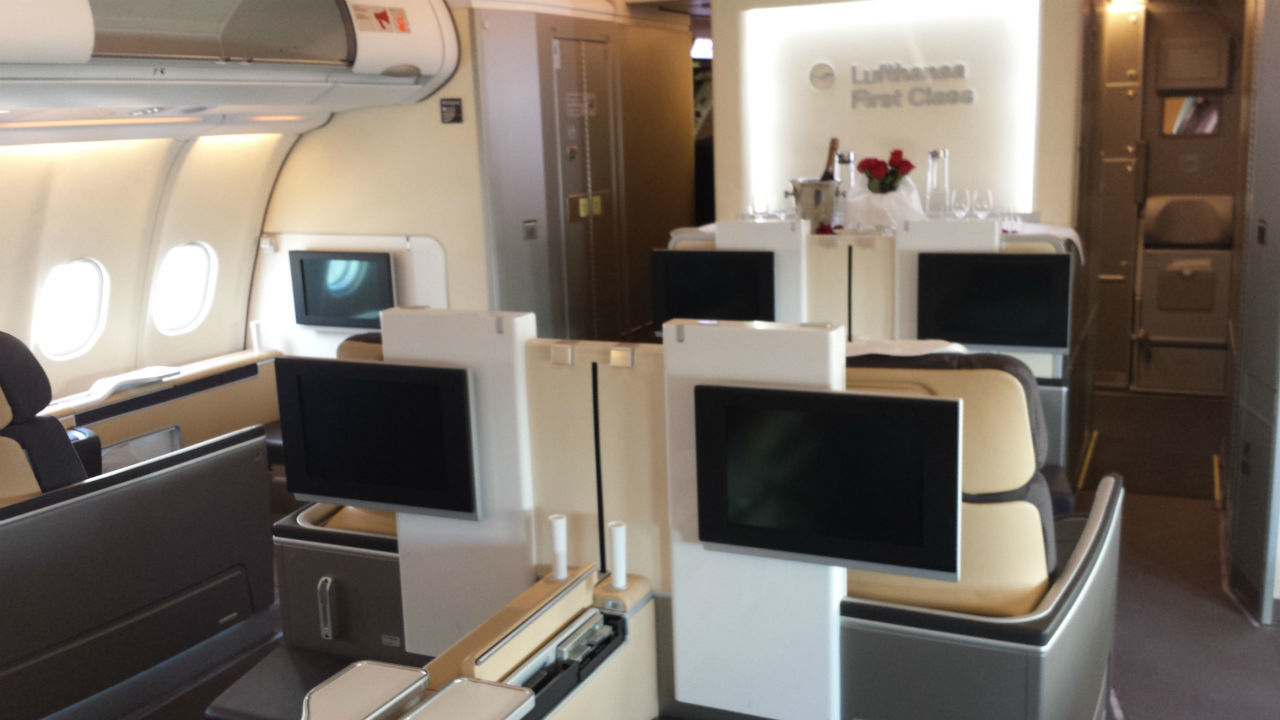 Q&A |The Goods on Lufthansa with Nils Haupt

Did I ever mention that I graduated Yale? I could at least pretend as much sitting inside The Yale Club of New York City for my sit-down with Nils Haupt, […]