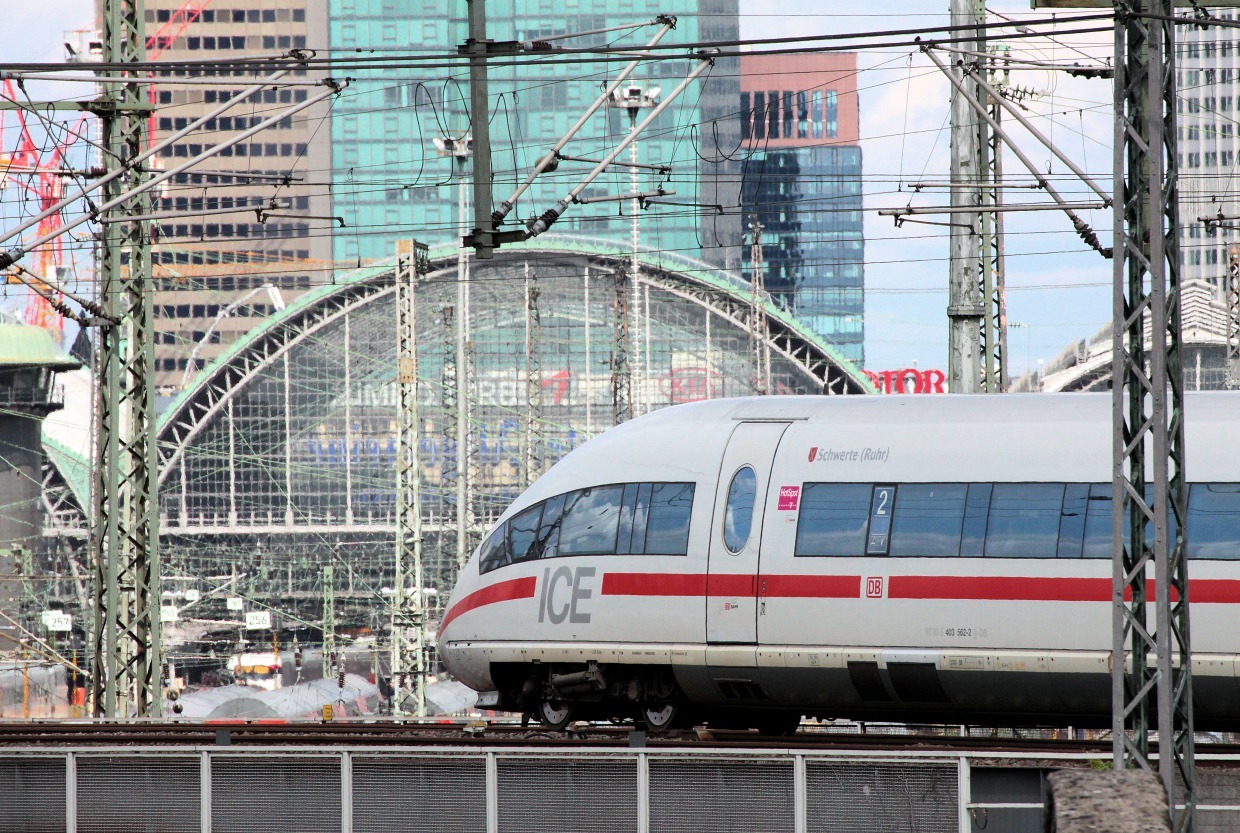 The Seat: Once you’re done inspecting the pillowy headrests for cooties aboard this Deutsche Bahn ICE train, you can sink into the nicely cushioned dark leather seats. While we’ve seen greater legroom and width in similar train seats, these still measure up to what you’d find aboard first class on a domestic flight in the US. But much like the economy-sized business class cabins aboard many intra-Europe flights, these seats are significantly smaller than what you’d find aboard the only first class train seat we’re aware of in the US: Acela first class service between New York, Boston and Washington DC.

Fold-down foot rests are available if you’re sitting in a seat facing the back of another, otherwise you’re seated at a decent sized table with wings that fold out if you need a little more space for work.

Service: Our conductor’s pleasant demeanor was appreciated and his good English  a bonus as we don’t speak German. An attendant came by to take our drink order and was all smiles and very cheerful. Unfortunately, we didn’t figure out what they were asking us until later.

Tech/Connectivity/Entertainment: Wi-fi is available for fee aboard all ICE trains. The sign-in process would have been simple in our case if we had been able to work around the oddly translated instructions more efficiently. Once you’re in, the internet speeds are comparable to residential DSL service but cut out for a minute or two here and there.

Power outlets are available on many ICE trains including this one. Deutsche Bahn also offers audio and in-seat video in these cabins on certain routes according to their website.

Food/Drink: After  your complimentary welcome drink, beverages and food are available for purchase. There’s also the “bistro car” which is accessible to first class passengers before economy class.

Summary: With the relatively short distances between key German cities, the high-speed Deutsche Bahn ICE train is a good option in either first or second class but an occasional upgrade to first class is a nice treat, albeit less than glamorous.  Comfortable leather seats, legroom and straight to seat service combine with good connectivity to make dropping the extra Euro feel worth it.

Strategy: You might save by booking this upgrade in advance at Bahn.com but tickets can be purchased same-day at ticket machines and counters at your departure station. 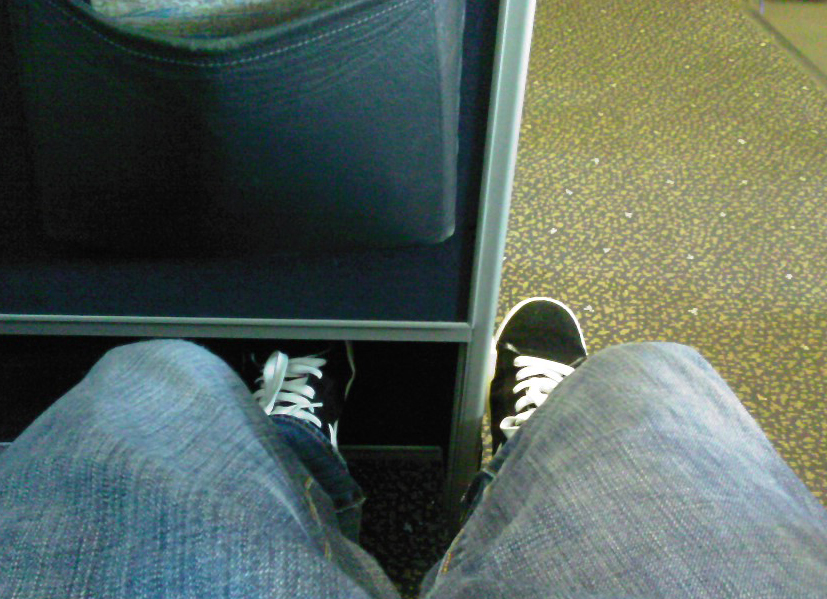 The exteriror of a United Airbus 319 has been a economy-driven chameleon sporting different colors in recent years (TED, old United, new United liveries) while the inside has seen it’s […]