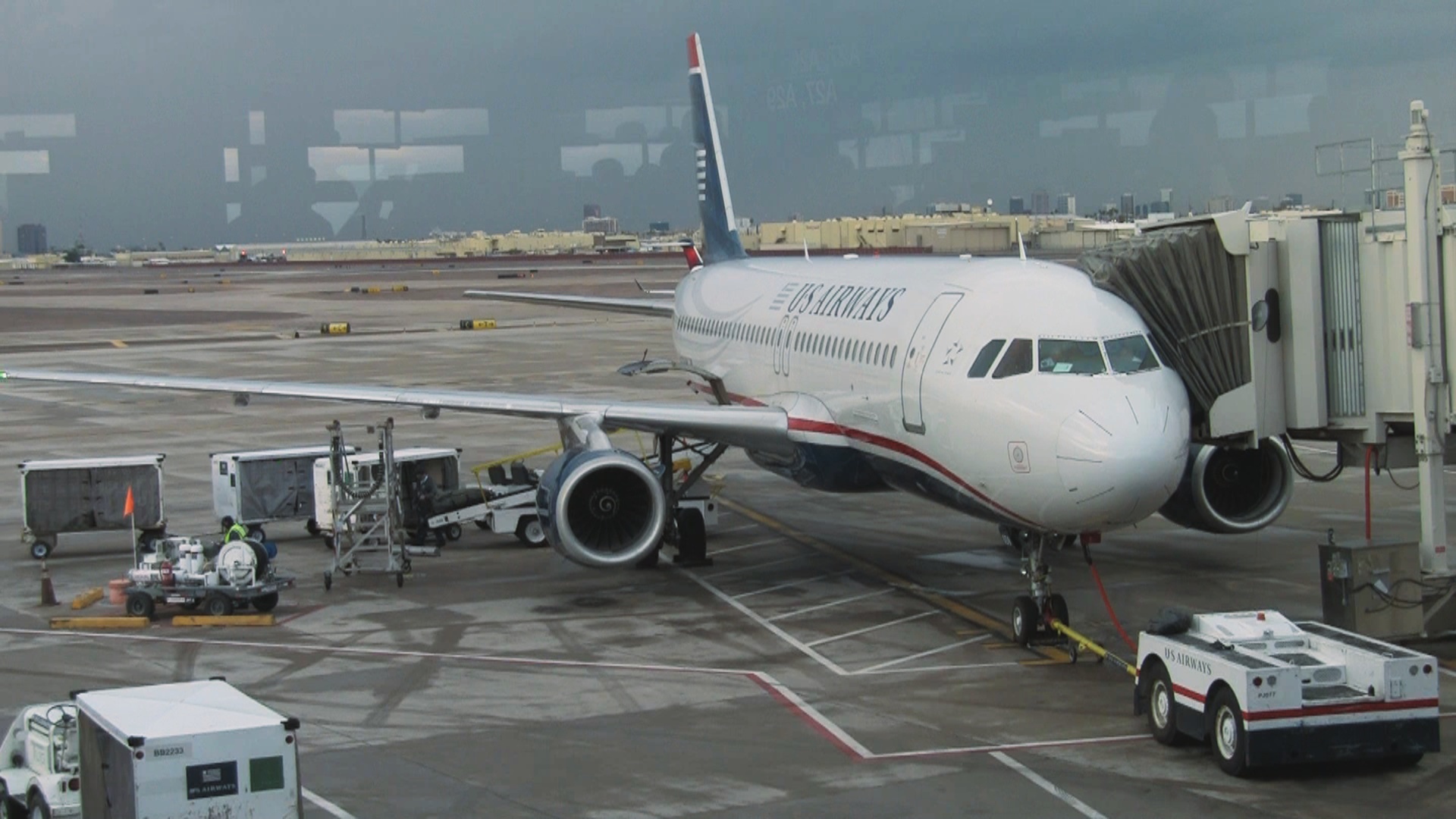 
The Seat: I’m still in detective mode researching this US Airways A320 first class cabin. I’m not sure how my legs feel more cramped in a seat that’s reported to have 2 inches more “pitch”  over similar seats/aircraft in first aboard other airlines. While I’m looking, I’ll tell you that the seat is otherwise very comfortable. Not quite grandpa’s Barcalounger, but this wide, well cushioned blue leather sky-chair will keep you cozy for up to a few hours.

Tech/Connectivity: US Airways was slow to the wi-fi game, but finally jumped on in getting their entire A320/19/21 fleet equipped in 2012. At the time of this review, installation aboard A320 aircraft was a little over half complete. (Check the installation progress at the USairways blog.) Power ports aren’t available in any class aboard this family of aircraft so be sure to charge up pre-flight.

Service: Our video has footage from 2 separate flights, each from row 3 aboard a USairways A320. I’d write a letter to the airline about how great the service was aboard the first one, but I already forgot the flight attendant’s name (I want to say Grant? Garth? Gary?…definately starts with a “G”.)  Awesome, super-friendly guy. Flight 2 featured a smiling, conversational flight attendant still above average but just slightly less personable.

Food: The high marks were pretty high for airline food. Much is put into selecting the menus for every airline but there were a few things here that were more impressive than most. A caprese salad alongside the typical garden salad and chicken dish was refreshing, as was the grilled chicken appetizer on our second flight. The main dishes, while neither were perfect, were far greater than edible and far less than iron chef. I hope that makes sense to you.

Summary: US Airways maintains a competitive first class product. Where US domestic first class is concerned it might not be saying much but if you can make it past the sometimes obnoxiously long on-board credit card pitch, you should experience a nice flight. Row 3 in first class offers up just slightly awkward legroom and knee space but also good width and a generous center console. It’s a drag that there’s no power but with a charged laptop, tablet or phone, you’ll be able to work or kill time easily with in-flight wi-fi.

Strategy: Look for “Choice” upgrade opportunities when checking in online or at the airport kiosks. 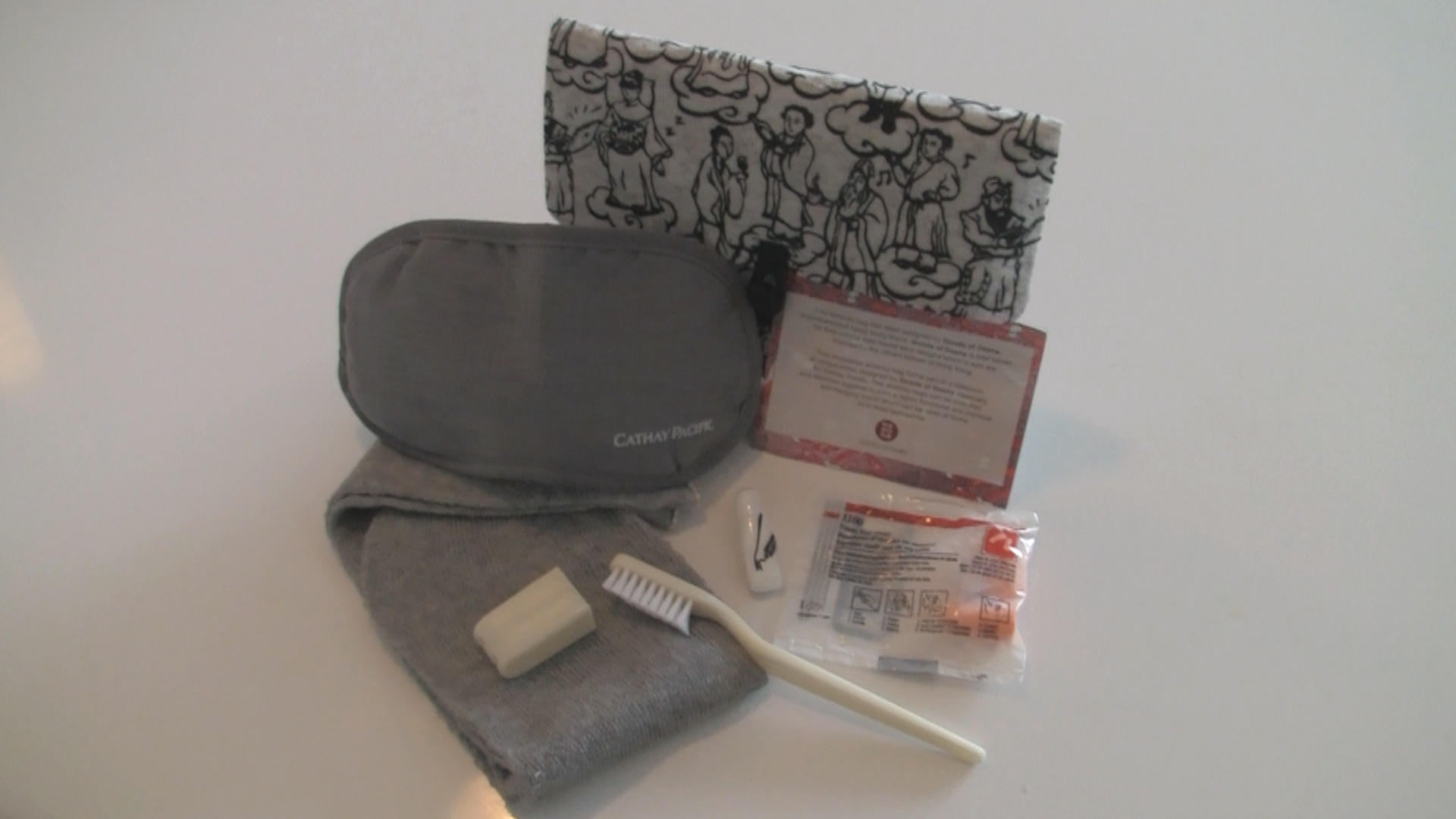 The latest Cathay Pacific Premium Economy amenity kit came to be in late 2012. The signature improvement is simply cosmetic but one that improves it’s post-flight life in an earth-friendly, […]