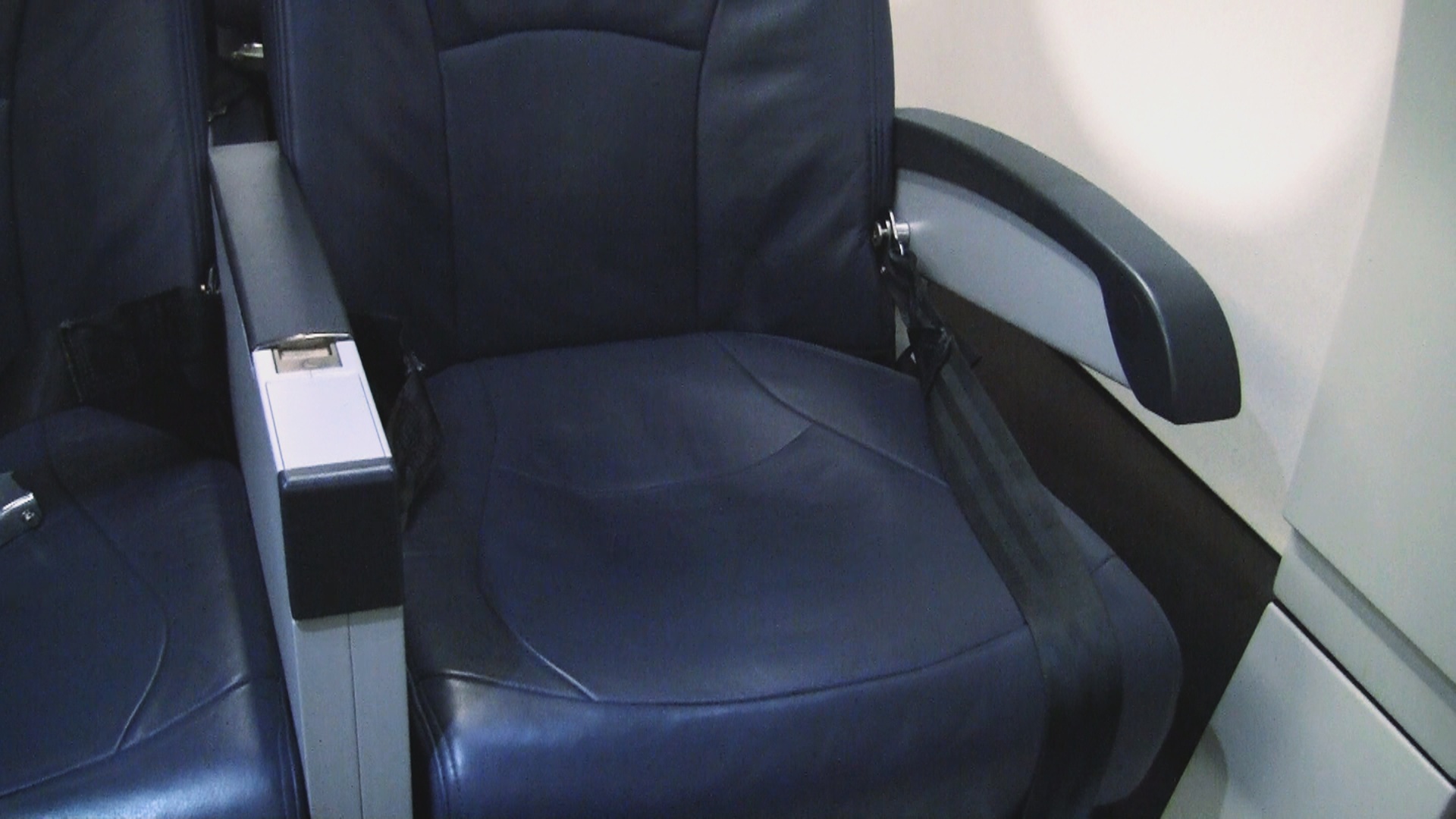 The Seat: I slept never in an economy seat aboard a domestic flight. Until now. Part of the problem is that I love having aisle access so I routinely forfeit the benefit of the cabin wall of a window seat to lean up against and doze off.  So when I saw someone on another flight sound asleep, nestled into his cozy corner of the airplane with nothing to keep him from getting up and walking straight ahead and over to the aisle, I was in…then I was out like a light.

The legroom you get here is substantial. I can’t think of many domestic economy seats (aboard US carriers) that offer this kind of space. Add to it that they’re reasonably wide compared to what you might find on similar aircraft, and you’ve got an uncommonly comfortable economy seat.

Tech/Connectivity: Zero  power ports and lack of entertainment options like personal TV’s keep this seat from higher marks. If your batteries are fully charged though, GoGo in-flight wi-fi is (or will soon be) available on all of US Airways A320 family planes  including their A319, A320 and A321 aircraft.

Service: Flight attendants nearly tore apart the galley trying to find one of the airlines “Power-Nap Sacks”  for me. (Available for purchase, the kit includes eye-mask  earplugs and inflatable travel pillow.) While they didn’t find one, I appreciated the effort but was disappointed after skipping the kit that I could have bought at the airport (wayyyy more expensive) before this overnight flight. Flight attendants were genuine and friendly throughout.

Summary: “Choice Seats” are made up of scattered exit row, bulkhead and others that provide extra legroom or a quick exit from the plane upon arrival. 10A looks to be one of the best on the plane with tons of extra legroom, giving you a view outside and access to the aisle without bothering your neighbors. Wi-fi is a nice perk, but lack of power and better in-flight entertainment keep us from giving this one a very rare “4 hops” economy rating. So, 3 it is. 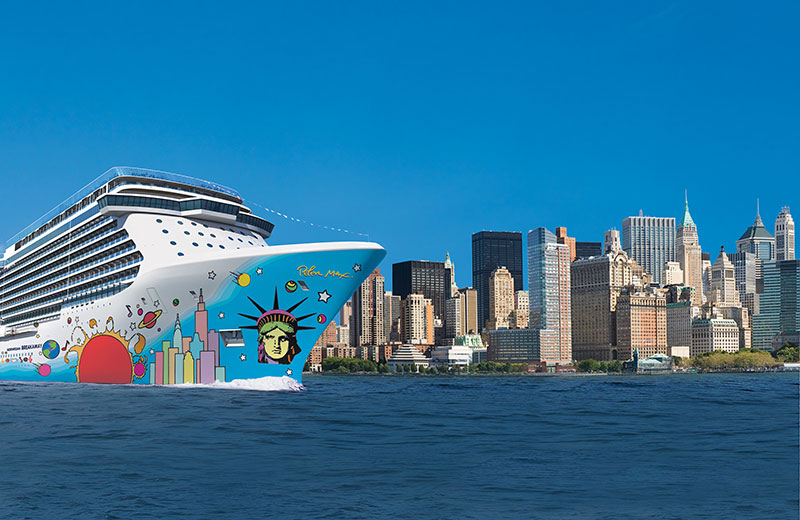 We’re not big cruisers…wait, that sounds wrong. While we don’t specialize in cruisi…okay, forget it. The brand new cruise ship “Norwegian Breakaway” is just sitting there, docked in NYC, waiting […]