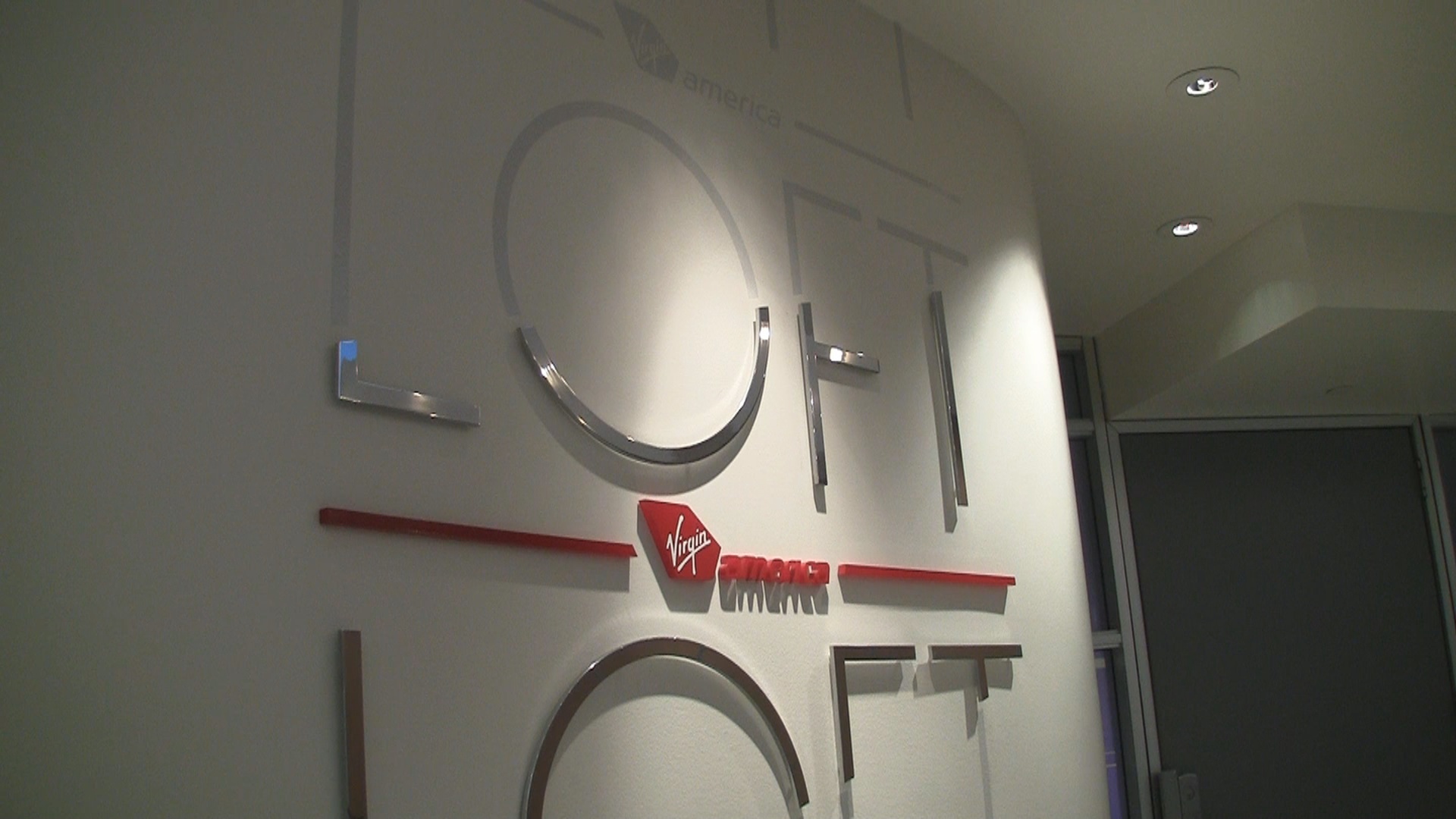 Seating: This isn’t a huge lounge, so we’re impressed that seating areas are broken up as nicely as they are. You’ll find sections for drinking binges, a few cozy looking tall-back couches for sun-soaked naps and something closer to typical lounge seating (albeit a much more IKEA’d experience than most)  throughout the space.

Our favorite would be the seats closest to the big wall of windows facing out toward the runway but if you’re not an airplane aficionado or hate bright spaces just don’t walk that far into the lounge. There’s a decent space just after entering the lounge that’s fairly dark with scattered seats around a big wall-mounted TV under Virgin-esque mood lighting.

One thing the designers of this lounge might learn from their initial effort is that fabric seats of a lighter color are going to get dirty. You’ll likely notice (more in the seats closest to the windows) that some  look pretty filthy after a few years of use. This level of filth is likely normal but the grown-up lounges of  legacy airlines might just know to pick furniture that’s either darker, dirt-resistant, or are just better at cleaning.

Food/Drink: Not sure if noon is a bad time to visit but the snack selection was laughable. Picked-over bread, cookies and one of the saddest trays of fruit we’ve seen in a lounge were on display. This visit made it clear that Virgin America Loft knows about my portion control diet. Thoughtfully tiny slices of cheese and crackers were tossed out onto the “buffet” area just before it was time to go.

I’m told that food service might have been better when Virgin Australia was still flying out of terminal 3 (They’ve since moved to Tom Bradley Terminal B).

Wi-fi/Connectivity: Wi-fi was complimentary and worked well for general use from tweeting to video streaming. Power outlets weren’t as obvious as you’d expect in such a modern looking lounge. Some passengers were forced into awkward seat moving in order to plug and play at the same time.

Service: The woman at the front desk was an angel. The fella in front of us asked if there was anything to eat in the lounge and she was kind enough to invite him do a walk-through before he paid for the visit ($40 for a  day pass at the time of this visit). We were surprised he paid anyway but later noticed him eating 2 slices of toasted bread smushed together. $40 for a “nothing sandwich” seems a bit much but the gates below were a little crazy so the relative peace and quiet might have played a part in his decision.

Bar staff was friendly and quick. Beverages other than soda have to be collected from the bar so get ready to tip for coffee unless that sort of tip-jar guilt doesnt apply to you.

Summary: Service and space are the bright spots inside this Virgin America Loft but wear, tear and starvation hurt the experience. It might be worth escaping the often chaotic terminal 3 crowds to have a few “complimentary” cocktails, but bring your own trail mix because the party seems to  stop at booze. Maybe getting you wasted on an empty stomach is to help you not see that their too-cool-for-lounge chairs are quickly becoming dated and dirty. If you’re not hungry though, the plane views are spectacular and it still beats finding a floor seat against a wall downstairs.

How to get in: $40 was the price of admission without Virgin America status or a membership to services like Priority Pass or Lounge Club. Virgin America Elevate Silver and Gold members get 2 and 3 complimentary passes (respectively) each year. 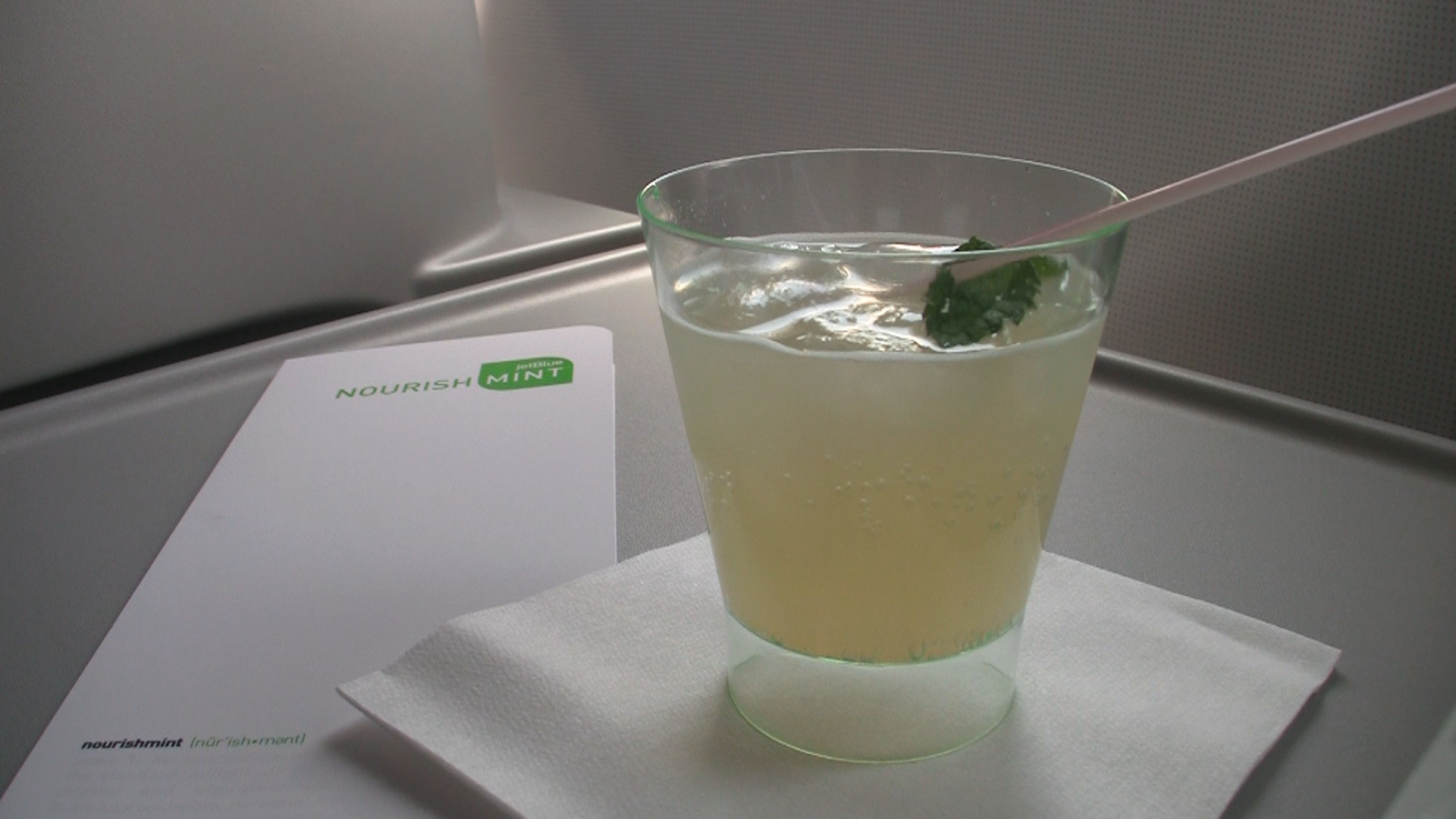 It’s our first look into JetBlue Mint Class aboard an A321 and they appear to be happy to see us. Watch as we look feel our way around a Mint […]